Home All News Heroes Billionaire Who Promised to Pay Off College Debt for Grads is Now... 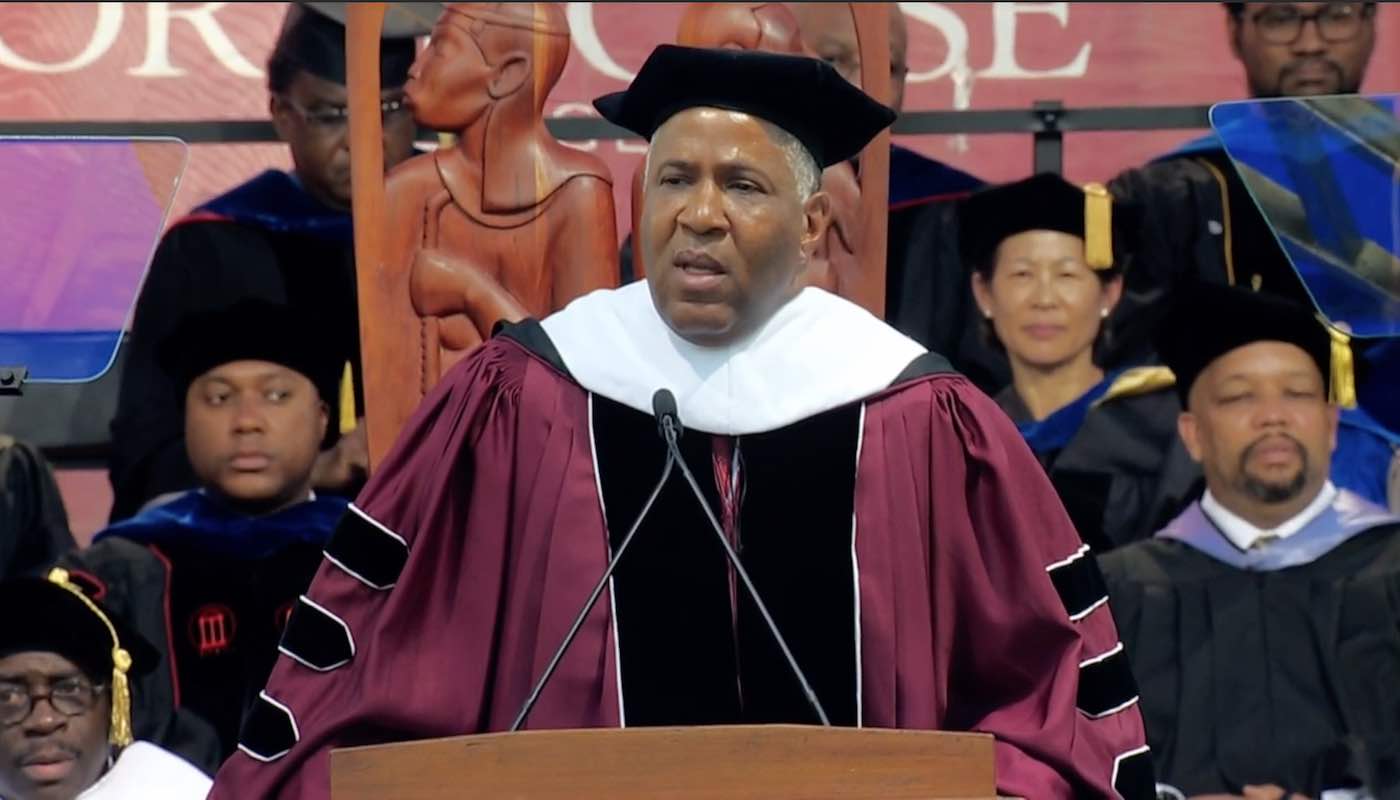 Multi-billionaire Robert F. Smith made headlines back in May for his pledge to pay off the student loan debt of an entire graduating college class—and now, he says that he is paying off the debt of the students’ parents as well.

Smith, who is the founder and CEO of Vista Equity Partners, is collectively donating $34 million to the new Morehouse College Student Success Program to pay off the loans that students and parents of the class of 2019 accumulated to fund a Morehouse education.

The Morehouse Student Success Program is a scholarship, loan debt, research and educational initiative established by the Board of Trustees as a national investment strategy to curb student loan debt and help graduates to prosper faster. Under the new initiative, Morehouse will solicit and accept donations made specifically to reduce or eliminate the student loan debt of Morehouse Men and their parents or guardians, thus creating an opportunity for greater financial freedom for new alumni and their families.

The history-making grant from Mr. Smith, who announced his intention to make this grant when he received an honorary doctorate from Morehouse in May, will ease the financial strain on the class of 2019, the billionaire’s “classmates.” The $34 million contribution to the Morehouse Student Success Program will benefit the new alumni by allowing them to pursue advanced degrees, start careers, and build wealth without being tethered to undergraduate loan debt related to Morehouse.

RELATED: This Seventh Grader Donated All $15,000 of His County Fair Earnings to a Children’s Hospital

“This liberation gift from Robert Smith—the first of its kind to be announced at a graduation in higher education—will be life-changing for our new Morehouse Men and their families,” said David A. Thomas, the President of Morehouse College. “It is our hope that our graduates will use their newfound financial freedom to pursue their career goals, to lead and serve the community, and to remember the spirit of the gift given to them by paying it forward to support the education of future classes of Morehouse Men.”

More than 400 students, parents, and guardians of the Class of 2019 will receive Morehouse’s inaugural gift under the Student Success Program.

America’s student loan debt—now more than $1.5 trillion, according to the U.S. Department of Education (more than the nation’s $1.3 trillion in auto loan debt)—can exacerbate the wealth gap that exists between black families facing generational poverty and other groups. Black households nationally have the lowest median net worth, lagging behind Asian, white, and Latin Americans respectively, according to the U.S. Census. Economic status can impact loan repayments.

MORE: Aerosmith’s Steven Tyler Donates $500K to Open Up Another Home for Abused and Traumatized Girls

Following Morehouse’s inaugural gift under the Student Success Program, Morehouse will study the freedom of choice that alumni experience in their lives and careers when their student loan balances are paid in full or reduced to manageable levels. The first subjects of the research study will be some of the inaugural gift recipients, who will be encouraged to participate in the study. With additional investments, the Student Success Program will also provide current and future Morehouse students with scholarships and access to financial literacy programs that detail the impact of debt on family budgets. Parents and guardians will also be included in the educational outreach.

At Morehouse, the student loan debt threshold at graduation is between $35,000 and $40,000, which is higher than the average for HBCUs. According to UNCF research, HBCU graduates borrow nearly twice as much—$26,266 on average—than non-HBCU students. And one in four HBCU students borrows $40,000 or more to attend college.

“Morehouse’s program to provide debt relief to new graduates is a fund-raising opportunity that should be studied and duplicated nationally,” said Michael L. Lomax, president and CEO of the United Negro College Fund. “The impact of such a gift, particularly for minority or economically disadvantaged families, could accelerate the growth of a more diverse and robust middle class.”

CHECK OUT: This Movie Star Lives Such a Simple and Happy Life, He’s Giving His $714 Million Net Worth to Charity

Alumni who graduated in May or who finished their degree requirements during summer school 2019 are eligible to receive gifts in the inaugural offering from the Morehouse College Student Success Program. Their parents and guardians are also gift-eligible. All must show supporting documents to prove that loans were taken to finance a Morehouse College education and processed by Morehouse. The inaugural gift will cover the full payment of principal and interest for education loan balances as of August 28th, 2019, as reported by the Department of Education.

(WATCH the video announcement below)