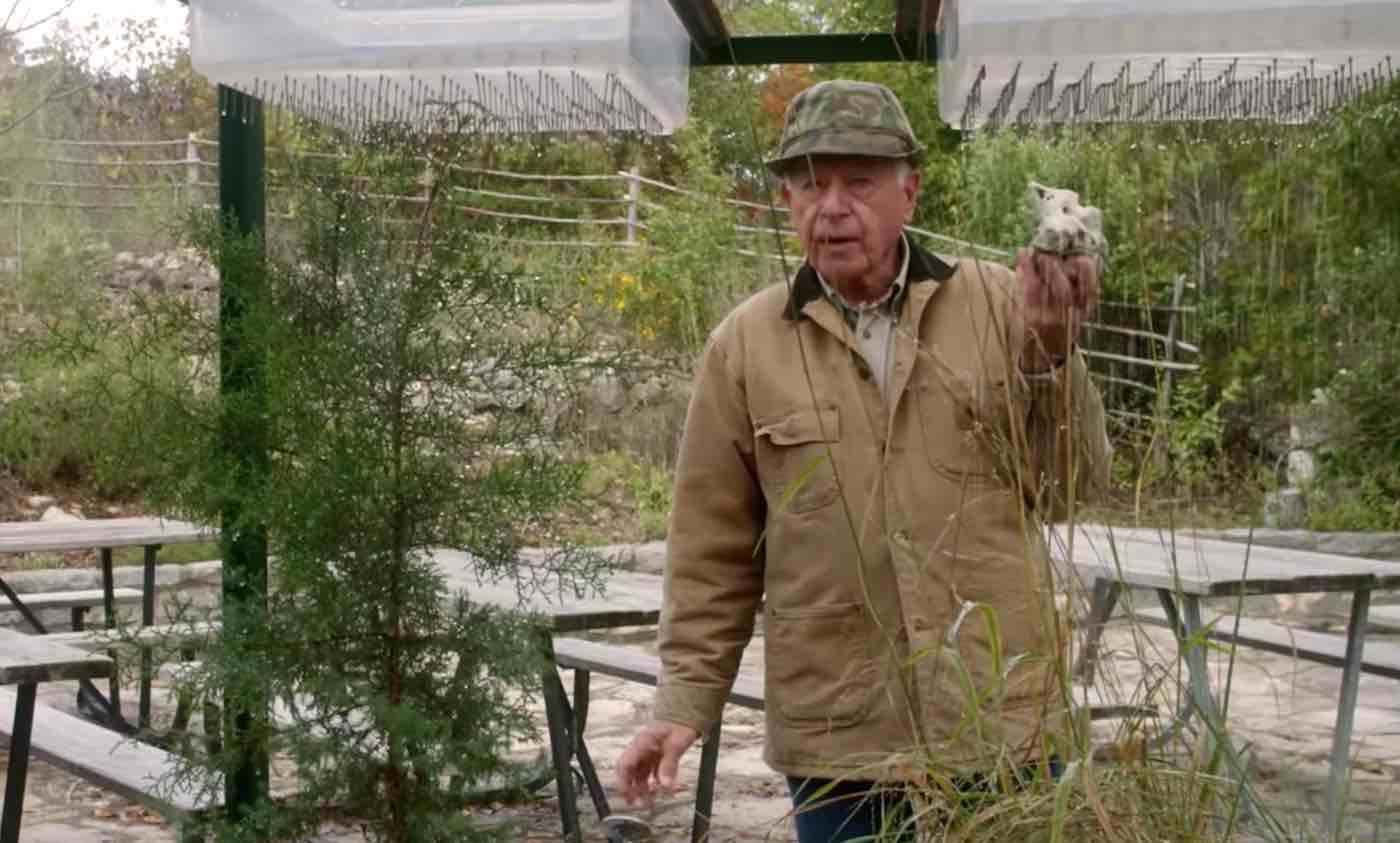 What was once an abandoned landscape of waterless scrubland has been transformed into a lush green oasis—thanks to the business acumen of a nature-lover from Ohio.

After growing up poor on a farm, salesman David Bamberger relocated to Texas and helped grow Church’s Fried Chicken into a successful franchise with 467 stores across the U.S. He left the company in 1974 and began plowing his financial windfall back into Mother Earth, inspired by his own mother’s love of the land.

“My objective was to take the worst piece of land I could possibly find in the hill country of Texas and begin a process of restoration that would change it back to be one of the best,” Bamberger told National Geographic.

The original plot of land was covered with scrub brush and evergreen cedars. There wasn’t any water and nobody wanted it. “Fifty years ago, you could hardly walk through this place,” he recalled. “There was wall-to-wall brush.”

Bamberger hired a well driller to probe the area for groundwater. Seven wells were drilled 500 feet deep, but none produced any water. However, the contractor reported the discovery of a dry limestone cavern at the top of a hill.

LOOK: Dozens of Creatures Thought to Be Extinct Found Alive in ‘Lost City’ in the Jungle (Photos)

The chemical makeup of the limestone meant that the first 125 feet under the soil was naturally porous, but paired with environmental erosion after rainfall, this particular area couldn’t retain the moisture at all.

With the discovery that there was this subterranean aquifer, Bamberger realized that the rainwater must not be getting into the ground, so he re-introducing natural grasses that would help retain rainwater by moving it underground via its root system.

It was a ‘Eureka’ moment—and, eventually, the seven springs began percolating with water.

Local wildlife was drawn back to the resurrected ecosystem, and families that live nearby now have abundant water. The land, now known as the Selah Bamberger Ranch, retains so much water that they can even send it downstream towards the city of Austin.

Bamberger chose the name “Selah”, based on a word he discovered in his bible, in Psalms, as a young man. It means to stop, to pause, to look around you, and reflect on everything you see—a fitting description for his work.

The Selah Bamberger Ranch Preserve is now run by a foundation, which educates visitors on the wise use of land, and will keep the property in its restored state, in perpetuity.