Home This Day In History Good News in History September 21

235 years ago today, The Pennsylvania Packet and Daily Advertiser became the first successful daily newspaper published in America. Exactly 12 years later, the paper was the first to publish George Washington’s Farewell Address. The publication was renamed several times and in 1825, Poulson’s Advertiser was granted an interview by the Marquis De Lafayette during his famous visit to the United States. The final successor of the Packet is said to be The Philadelphia Inquirer… (1784)

In 1962, The Inquirer laid claim to being “the oldest daily newspaper in the United States founded in 1771”—a line that appeared on the paper’s masthead for the next 13 years—after a local historian commissioned by the major morning paper laboriously constructed a “family tree” that purported to show that The Inquirer was the successor through a series of acquisitions to The Pennsylvania Packet and General Advertiser.

And, on this day in 1866, the prolific British writer and thinker HG Wells was born. An accident in his young life that left him bedridden with a broken leg was the spark that fanned Herbert George’s love of books and stimulated his desire to write. 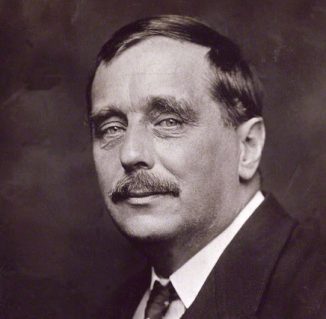 Sometimes called The Father of Science Fiction, he wrote The Time Machine, when he was 29 years old, and also authored The Invisible Man, and The War of the Worlds. But Wells, a trained scientist, wrote in many genres, including novels, history, politics, social commentary, and textbooks, His frequent focus on class inequality made him a worthy successor to Charles Dickens.

Wells, whose religious views were neither monotheistic nor doctrinaire, was disdainful of America for not allowing African-Americans to vote and for the overall treatment they received from society. In his later years he apologized for earlier statements opposing the Jewish state and Zionist movement—partly because it was so antithetical to his vision of a collective socialist solidarity and “one world” political model. A diabetic, Wells co-founded the charity Diabetes UK, before his death from the disease at age 79.

Happy 71st Birthday to author Stephen King, whose 56 bestselling horror, science fiction, and suspense novels include Carrie, The Shining, The Stand, and Misery. Abandoned by his father when he was two, King spent his childhood poring over horror books, comic books, and films.

At age 26, before his first novel Carrie became a success, a discouraged King had thrown an early draft of the story into the trash, but his wife retrieved it and encouraged him to finish the manuscript. Currently, the new film, IT, is on track to pass The Exorcist as the highest-grossing horror film of all-time.

King’s books have sold more than 350 million copies, and many have been adapted for films, including Shawshank Redemption. The prolific award-winning writer penned a memoir in 2000 called On Writing. His wife of 47 years, Tabitha, has written six novels, and both their sons are also published authors. His new book out this week is a collaboration with his son Owen, a story set in a women’s prison, entitled Sleeping Beauties: A Novel. (1947) 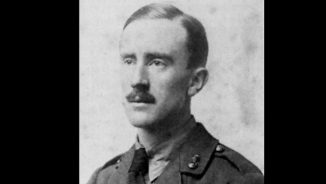 And, on this day in 1937, J.R.R. Tolkien’s The Hobbit, or ‘There and Back Again’, was first published to wide critical acclaim in London. So successful it was that the publisher requested a sequel, which led to the masterful trilogy The Lord of the Rings. The Hobbit, set in a time elves and wizards, follows the quest of a hobbit, Bilbo Baggins, along with 13 dwarves, to win back a stolen treasure guarded by a fierce dragon. Bilbo’s adventure leads him from his light-hearted, rural homeland on a true Hero’s Journey—and back, again. In 2012, the book became a film starring Martin Freeman.