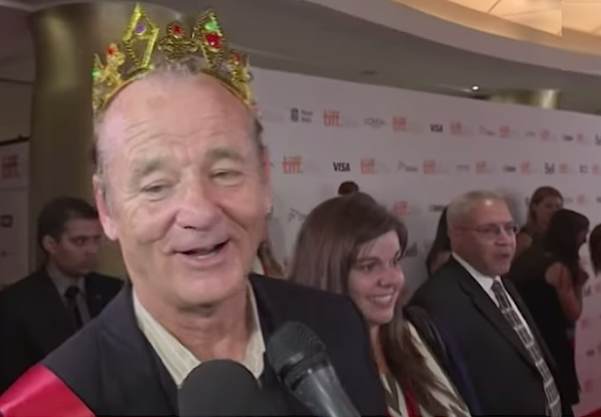 Here is another reason to love the hilarious mind of Bill Murray.

He was attending the Toronto International Film Festival September 5, on the date officially named Billy Murray Day, which featured screenings of old films like Ghostbusters and Groundhog Day and the premiere of his latest movie St. Vincent.

At a Q&A discussion he recalled that the night before the festival, he got into a taxi in Oakland and ended up driving for the cabbie after he mentioned he was a saxophone player.

When the driver told him the sax was in the trunk, Murray told the cabbie, “Pull over and get in the back, I know how to drive a car.’ ”

“Not only did he play all the way to Sausalito, which is a long way, we stopped and got barbecue. And it made for a beautiful night!”