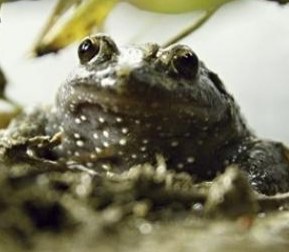 Missing for a half-century and listed as extinct in 1996, the Hula painted frog has been spotted again in northern Israel, its only known habitat.

“It’s an amazing find,” said Israel’s Nature and Parks Authority. “Now we have a second chance to preserve the species.”

The restoration of water back into wetland areas is believed to have saved the species.