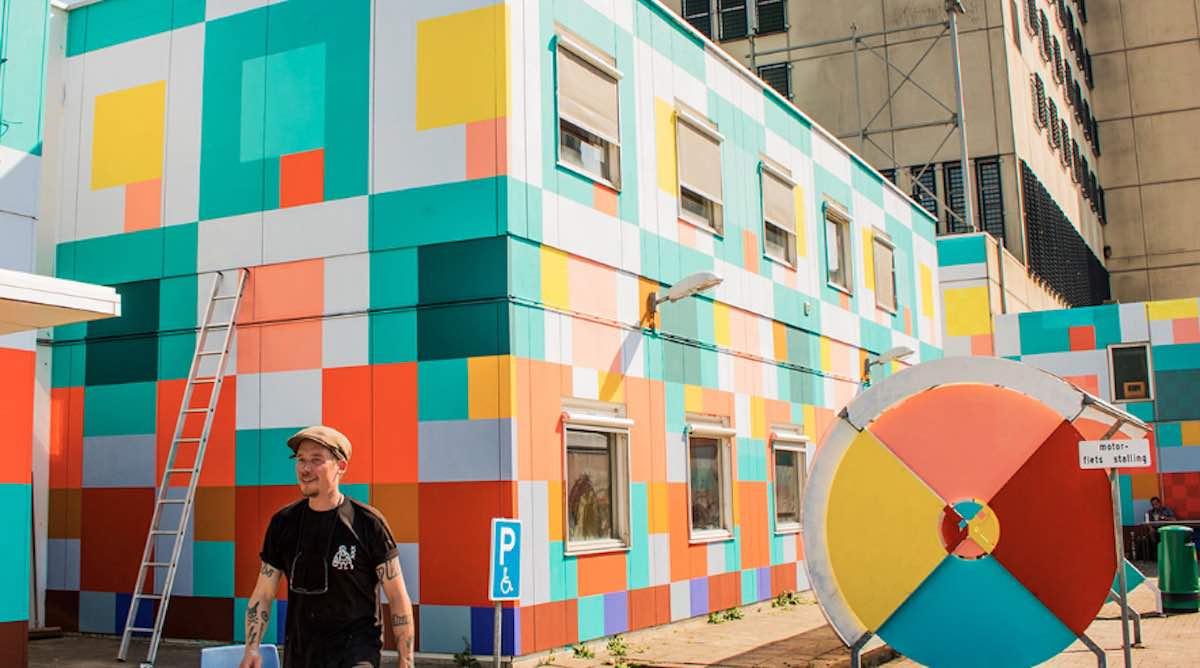 Is it possible to transform a prison, using only paint, into a welcoming space? A creative team in Amsterdam proved it can be done brilliantly.

Following the refugee crisis of the early decade, the Dutch nation was scrambling to find sustainable housing for the influx of migrants.

Fortunately, with rapidly decreasing rates of crime in the Netherlands, more and more prison buildings were closed down and available for reuse.

After the Bijlmerbajes prison closed, more than 600 weary refugees were given warm beds, meals, and shelter inside the facility until they were granted citizenship and acclimated into society with jobs and housing of their own—but the site was gloomy.

Enter Favela Painting. You may remember this dynamic Dutch Duo from a project they undertook at a slum in Rio back in 2013. They covered hundreds of shacks and shops on a hillside with a rainbow of neon colors, putting local youth to work, some of whom had been drug dealers before learning the new skill of painting.

To brighten up the former prisons’ dreary façades, the same artists from Favela Painting launched the Amsterdam Project in which they invited the refugees themselves to learn how to paint the prison in geometric colors and designs.

Not only did it liven up the concrete community, it also gave the migrants a chance to learn the skills of design and painting, while fostering lasting friendships.

(WATCH the video below) – Photos by the Amsterdam Painting Project

Paint Some Positivity By Sharing The Cool Story With Your Friends