Home All News Heroes When a Stunned Hawk Was Found On a Sidewalk, Social Media Came... 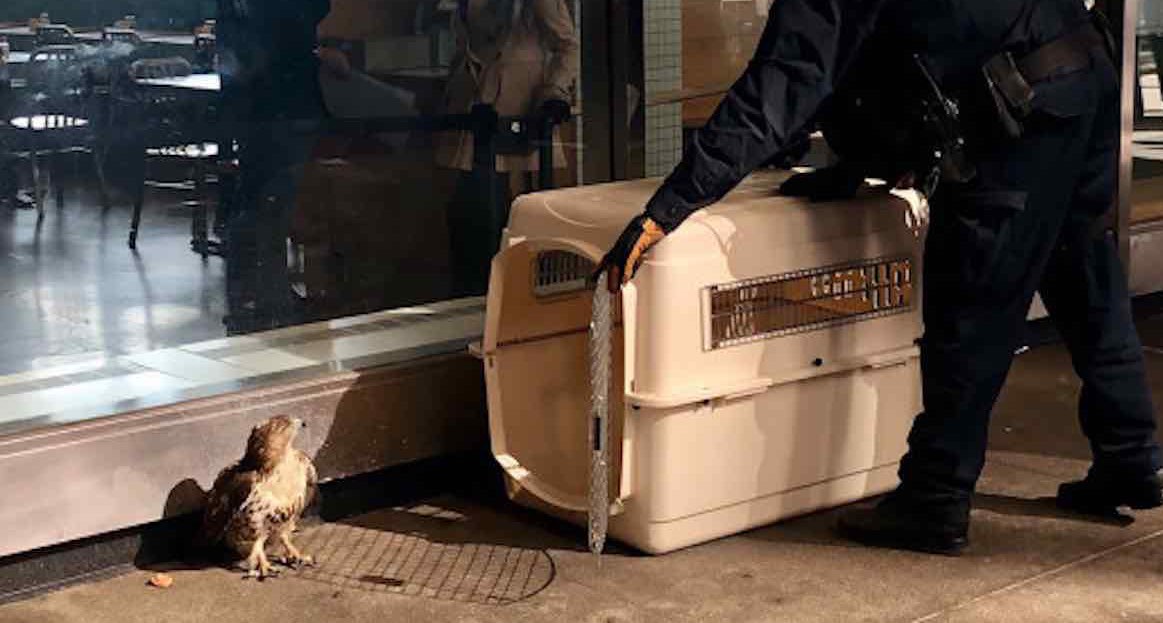 .@NYCAudubon @wildbirdfund @NYCACC @nyc311 There is a hawk sitting on Front Street close to the corner of Front and Wall. He’s been there for a while and might need special care! pic.twitter.com/Pz4bCbQAZW

When it comes to birds online, we usually only gawk,
But social media, this time, helped rescue an injured hawk.

It all started when Madeleine Weatherhead was walking to work through downtown Manhattan in New York City, when she saw an adult female raptor standing on the sidewalk in front of a restaurant.

“The bird looked disoriented. It was staring off and wasn’t even paying attention to the fact that there were people close to it,” Weatherhead told The New York Post.

MORE: One Cat’s Obsession With Hunting Birds Leads to Invention That Has Saved Hundreds of Thousands

When the 27-year-old Brooklyn woman spoke to the restaurant staffers, they said that they believed the bird had become stunned from flying into the window.

Weatherbread then called the Animal Care Center of NYC only to have the line go straight to voicemail. Since she didn’t want to leave the raptor on the sidewalk, she snapped a photo of the bird and posted it to social media asking for help.

You guys are my bird heroes. He’s still sitting out there, and I learned from the folks inside the Westville that he flew into the window pretty hard.

Shortly after the Wild Bird Fund retweeted the photo, Officers Maxwell Outsen and Joseph Bellomo arrived on the scene with an animal crate and rescue kit.

The officers managed to wrap the injured bird in a blanket and tuck it safely into the crate before transporting it to the Wild Bird Fund facility.

Another prime example of the Police & the community working together: Thanks to information from @freechampagne & @wildbirdfund, we were able to safely assist a Hawk who was apparently injured & stranded. Special thanks to @NYPDSpecialops for the back! pic.twitter.com/qKplTqJja1

Rescuers say that the red-tailed hawk was likely injured in an aerial fight with another raptor.

The red-tailed hawk is recovering from its injuries and if its health fails to improve, rescuers say it will be transported to the Raptor Trust in New Jersey.