Home All News Animals One Cat’s Obsession With Hunting Birds Leads to Invention That Has Saved... 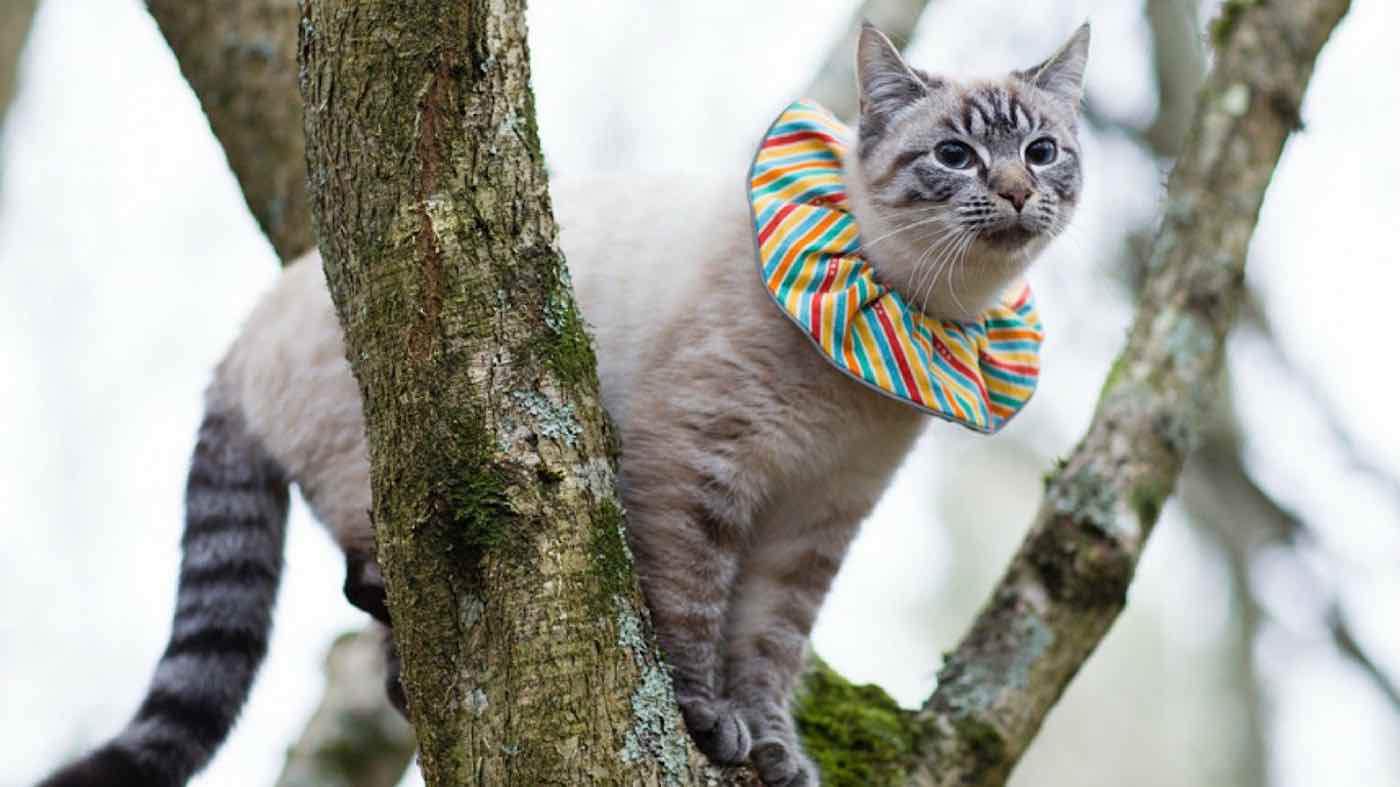 LISTEN to this story from our podcast, told by The Good News Guru (GNN Founder) on Friday’s radio broadcast with Ellen K on KOST-103.5 — Or, READ the story below… (Subscribe to our podcast on iTunes – or for Androids, on Podbean)

Cats kill a staggering number of birds in the U.S. every year—estimated to be in the billions—but one feline’s affinity for hunting them has inadvertently led to the salvation of hundreds of thousands of other feathered prey.

Back in 2008, Nancy Brennan was sick and tired of her cat George bring dead birds into her home. Not only was it a distasteful thing to find on her living room floor, it was also heartbreaking for the enthusiastic birdwatcher.

“His first catch one spring was a ruffed grouse, which he killed and brought into the house,” Brennan told the Burlington Free Press. “I was so disgusted, I literally said out loud, ‘I’m going to stop you, George.’”

As she pondered how to curb George’s hunting habits, she recalled reading an article about how birds notice bright colors. So she grabbed some rainbow fabric and sewed up a bright collar that he could wear around his neck as an early warning system for the birds.

RELATED: Taxi Driver Saves His Marriage By Inventing Anti-Snore Pillow That He Dreamt Up in His Sleep

A week went by and Brennan did not find a single bird on her living room floor in Duxbury, Vermont. She waited a few more weeks to judge the collar’s efficacy, and after one month knew her little invention actually worked.

She also knew that she wasn’t the only pet owner who was tired of finding dead birds on their doorstep, so Brennan launched a website called “Birds Be Safe” and crafted 500 colorful collars to sell online to her fellow cat lovers.

LOOK: A Genius Invention is Saving Thousands of Animals From Drowning in Backyard Pools

For the next six years, the 60-year-old birder sold the quick-release collars from her home to hundreds of customers describing similar success with the product.

Then in 2015, an ornithologist and St. Lawrence University professor named S.K. Willson was so happy with the collar that she decided to do a scientific study to test its efficacy.

MORE: Thousands of Blind Dogs Get New Leash on Life With This Wearable Device

Her 12-week studies, conducted in spring and fall, were published in the Global Ecology and Conservation journal, and showed that the cats donning the colorful Birds Be Safe collars were, in fact, killing 19 times fewer birds than those who did not.

The study brought a flood of new customers to Brennan’s website, turning her small business turned into a booming success. She now has a manufacturer creating the collars and says that she has orders coming in from Australia, New Zealand, Europe, South Africa, Iceland, and all fifty of the United States.

CHECK OUT: Generator That Creates Electricity From Gravity Could Revolutionize Renewable Energy

While George passed away some years ago, his antics have saved hundreds of thousands of birds so far.

“Can you believe I went from George being in trouble all the time, for catching birds, to this?’” Brennan said. “He’s paid off his karma pretty well.” (Buy the product on Amazon)