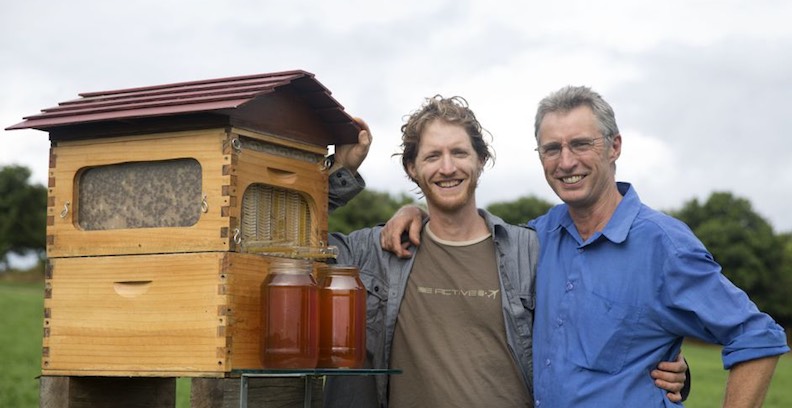 Veteran beekeepers are calling it “mindboggling.” A father-son team in Australia invented the Flow Hive which allows users to collect honey on tap directly from their beehives without bugging their winged workers.

“It really is a revolution,” said Graham Anderson, a beekeeper of 40 years. “I was completely amazed.”

Cedar Anderson and his father Stuart have long lamented the difficult and messy task of gathering honey from their bees. So they designed a completely new system. After ten years of testing prototypes, they unveiled their Flow Hive on the crowd funding platform, Indiegogo.

Within five minutes they reached their initial goal of $70,000, needed to purchase specialized manufacturing equipment. In the two weeks since, they have raised more than 5.6 million dollars in funding — promising their amazing products in return for upfront cash.

More than one thousand people have ordered their full beekeeping system at a cost of $600.

In the past, harvesting honey has been too difficult for the average joey — put on the bee suit, split the boxes from the hive, calm the bees with smoke, remove frames, cut wax caps from honeycombs, extract the honey. Whew.

Taking all the hard work out of harvesting, Flow Hive‘s frames don’t need to pulled out of the hive. The cells are arranged upon channels that open with every turn of the tap. Voila, the honey flows down.

Having exceeded their crowdfunding expectations, the Andersons hope to expand their business internationally. The father-son duo wants to ease new beekeepers into the trade by introducing this system to urban areas. A win-win for the ecosystem, local food markets and the world’s bee population.

WATCH their inspiring story below…