Home All News Laughs Hungry Sea Lion Hilariously Demands Fish While Hitching a Ride on the... 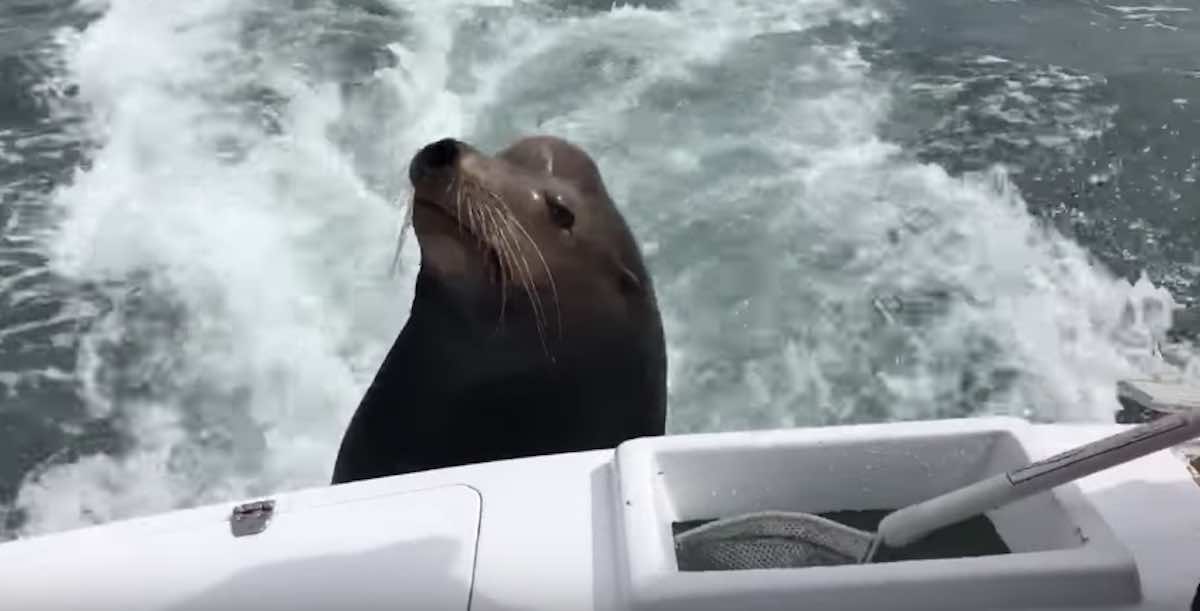 Who could resist a face like that? Certainly not this group of sympathetic fishermen.

A group of sailors were boating across the waters of Cabo San Lucas, Mexico when a hungry sea lion hitched a ride on the back of their boat.

The sea lion can be seen balefully eyeing the gang as it casually hangs onto the speeding ship.

As a reward for the creature’s resourceful mode of travel, the sailors decide to treat it to some of their bounty.

One of the boaters scoops out a fish from their tank and throws it into the eagerly awaiting mouth of the sea lion. Another sailor can be heard imitating the sea lion with periodic exclamations of “Om nom nom nom!”

After a few treats, the intrepid hitchhiker finally hops off into the ocean to rejoin his buddies.