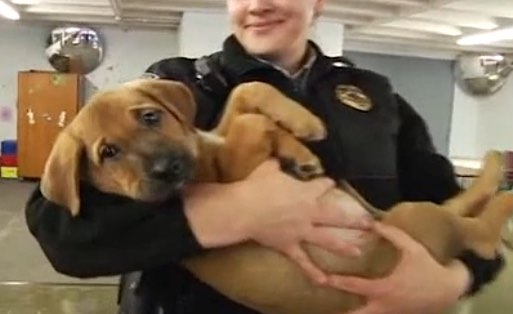 In the frigid month of January in Sioux Falls, six puppies left in a dumpster were rescued and handed over to inmates to be raised and given round the clock care.

After eight weeks of supervision by the Paroled Pups Program at the South Dakota State Penitentiary, the dogs are now ready to move to their forever homes.

But they will be missed.

“We were just looking at a picture of how small they were before,” inmate Lance Przybylski told KDLT News. He helped care for the pups when they were struggling to survive.

“It’s just incredible how big they are, and healthy.”

While the inmates are sad to see them go, it won’t be long before the humane society brings in a new litter to raise.

From behind bars, the six adorable puppies were moved to the Sioux Falls Area Humane Society adoption center last week and each one found a new home within hours.

(WATCH the video above or READ the story from KDLT News)