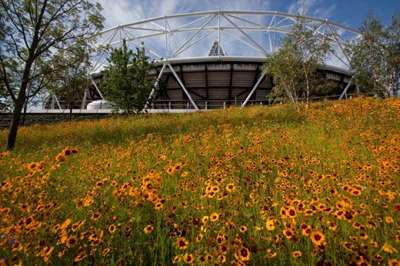 A new Olympic Park arose in a once derelict and contaminated industrial area of east London turning neglected waterways into wildlife havens.

Almost 500 acres of land (200 hectares) have been razed and redeveloped for the 2012 Olympic Games, and one-fifth of those have been given over to creating new wildlife habitats for a variety of fauna — including kingfishers, bats, otters and grass snakes — while much of the rest has been left as parkland.

London 2012 embedded sustainability in its planning from the start, and it matched or beat most of its sustainable targets, such as those for carbon emissions, waste and energy efficiency, according to an independent commission report in June, the first of its kind to measure such Olympic targets.

The urban park project is one of Europe’s biggest in 150 years.