Home All News Animals Man Quits Dreary Job to Explore Australia With a Cat and a... 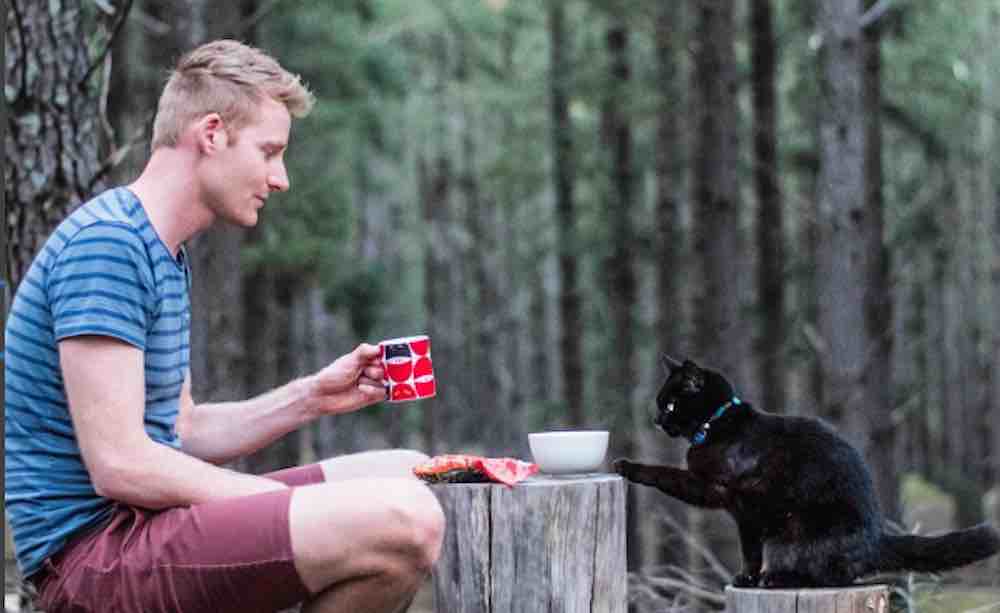 Rich East had already spent 10 years working a miserable corporate job when he underwent a heart-wrenching breakup and found himself wishing for a change in his life – which is why the 32-year-old sold his house and possessions, fixed up a campervan, and hit the road with his faithful sidekick: a little black cat named Willow.

When East first started planning his grand getaway, he had only one thought: he didn’t want to leave his cat behind. As a means of gauging how comfortable she would be with life in a van, he started taking Willow for small outings around their hometown in Hobart, on the island of Tasmania.

“I took Willow away for weekends, then whole weeks, and not only did she cope, she thrived,” says East. “I soon realized that what I thought was a house cat was, in fact, a van cat – an adventure cat!”

By the end of 2014, East was living in the van full-time with Willow. The two then took their van to to the Australia mainland – and they’ve been traveling ever since.

The dynamic duo usually travel about 37 miles (60 km) every day before setting up camp and hanging out for the rest of the day. The campervan has taken them all over the Land Down Under – from the Great Barrier Reef to the Dorrigo Plateau Mountain Range.

According to East, life in the van is pretty bare-bones: the interior of the vehicle, only about 275 cubic feet (7.8 cubic meters), was designed and constructed by East himself without any prior experience.

The space is more than enough for Willow.

The feline and her companion regularly post their travel updates on their “VanCatMeow” Instagram and Facebook pages. Since their journey began, the blogs have accumulated thousands of followers and fans.

“I started Willow’s Instagram and Facebook unsure of what their purpose might hold… I’m now very clear on what that purpose is,” says East. “It’s a place that leaves religion, political views, agendas, opinion, hate, and sickness at the door and only lets in curiosity, adventure, peace, and love.”

“It’s a place where you can forget your problems even for just 3 minutes and breathe the same air we breathe, look out over the same horizon that we see, and know that things are going to be alright,” he added.