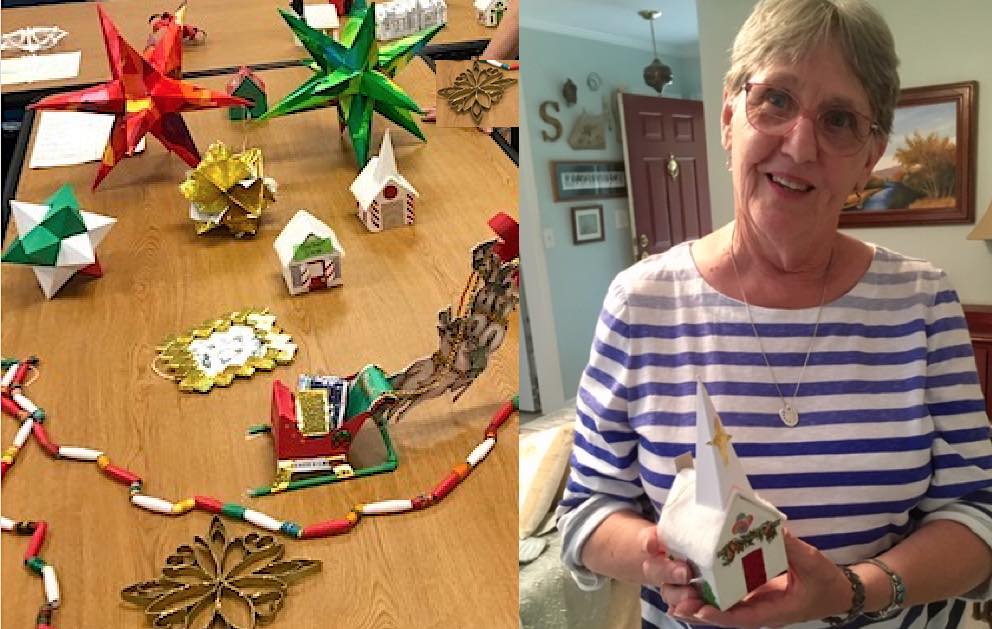 An art therapist since 1989, Sue Etheridge uses the simplest tools—markers, glue, and construction paper—to tap into the humanity of the criminal justice system’s most hardened felons. And this year, she’s taking their creations to a place they’ve never before been: a Christmas tree in the Governor’s Mansion.

The weighty gate at Central Prison in Raleigh, NC slams with a cold, metallic clank behind Etheridge.

“A sobering sound,” notes the 73-year-old—but from there, she gazes up at the hulking buildings of the maximum security facility, home to convicted murderers and felons of all kinds, and suddenly, without fail, her spirits soar.

“Every time I see it, I think about how privileged I am to work here, with these people,” she beams. “I get to bring beauty to this place.”

Each holiday season, in the state capital, the Governor’s staff arranges for decorations to adorn the various trees at the Mansion. In a typical burst of inspiration, Etheridge officially requested that a small tree in a side room be devoted to prisoner-made decorations. Instead, state staff granted her the very first tree visitors see when they enter the Mansion during a public holiday open house, Dec. 12-15.

RELATED: Need to Escape Reality? THIS Dr. Seuss Exhibit Takes You to Another World

Etheridge and the inmates heard the good news in May. “They couldn’t believe it,” she smiles. “Christmas is hard for inmates. They’re away from their families. Some are indigent, and cannot afford a stamp to send a letter. They’ve been in the news for awful reasons.”

Now, in their minds, they’re accomplishing something good.

With that initial rush of excitement, they went to work. Their raw materials included straws, toilet paper rolls, colored envelopes and the small sort of milk cartons inmates get with their breakfasts. 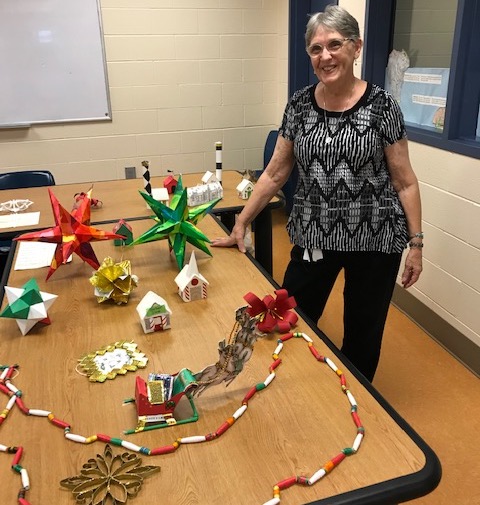 During weeks of small-group sessions, Etheridge and her 70 artists collaborated on creating over 200 geometric stars, paper garlands and miniature buildings, including a church, a pawn shop and a pool hall. 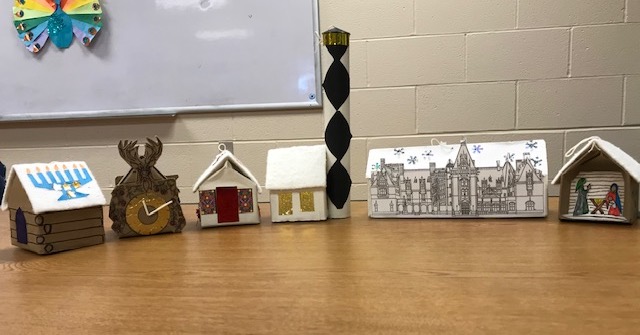 Etheridge’s style with her clients is both upbeat and laid back. She generally places art materials in the middle of the room, inviting the inmates to determine how to distribute and share them. These are the type of engaged, productive moments inmates cherish.

“The worst thing about prison is the boredom. You can just stew in resentment,” Etheridge explains. “We try to do away with that boredom. Most inmates eventually are released. I want them to be in better shape when they hit the streets. To know how to express themselves constructively, how to work with materials, how to be social.”

Indeed, studies show that art therapy can cut down on participants’ disciplinary issues and reduce recidivism. Recently, detention center administrators in Saudi Arabia reported early but hopeful signs that art therapy could help turn captive jihadists away from their previous commitment to terrorism.

With eyes twinkling under her salt-and-pepper mop-top, Etheridge vividly recalls a few of their large scale projects: a mobile hung in a public lobby and a multi-denominational mural created for a prison chapel. And now, the humble, home-made ornaments that will festoon the 12-foot-tall Christmas tree tomorrow in the Governor’s Mansion.

Etheridge hopes they will inspire visitors to pause and spare a good thought for those locked in cells this holiday season.

Though they have been convicted of terrible crimes, Etheridge says, “They are people, like we are people. In their ordinary moments, there’s not a dime of difference between us.”

MORE: Female Inmates Are Helping to Save Endangered Butterfly Species From Behind Prison Walls

Billy Warden is a marketing exec at GBW Strategies, writer and public speaker based in Raleigh. His pioneering alt-glam band, The Floating Children, continues to record and perform.

SPARK Someone’s Imagination, by SHARING This on Social Media…