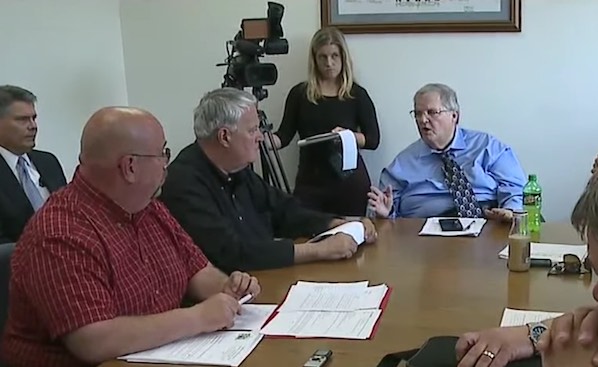 An Ohio mayor, Tom Scarnecchia, will be giving up $34,000 a year to help reduce his city’s deficit.

The shortfall in Niles has risen to $130,000. WKBN News reports the town is in “a fiscal emergency, and the state requires that the budget be balanced.”

The city council, too, is discussing cutting their own pay by 50 percent.

Amazing: North Carolina Judge Sentences Veteran To A Night In Jail–And Then Joins Him

“I think that him making that personal sacrifice should show the citizens that he’s doing the very best he can. He loves Niles,” Councilman Barry Steffey told WKBN.

(WATCH the video below from WKBN)