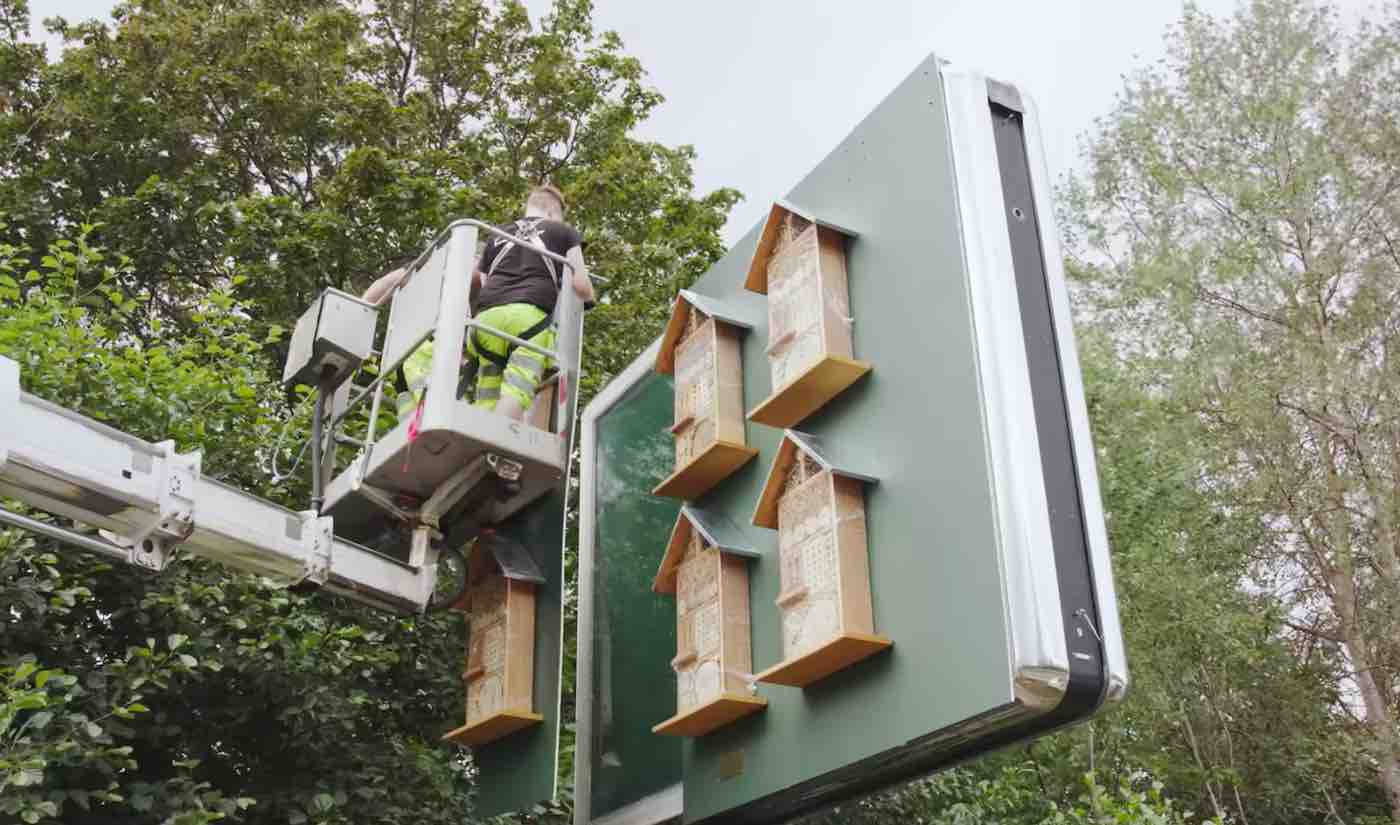 Instead of just using their billboards for marketing, McDonalds is putting their signs to good use by attaching “bee hotels” to the backs of roadside ads.

As a means of helping dwindling pollinator populations in Sweden, the restaurant chain has started drilling holes into their own billboards so the structures can provide shelter for honeybees.

Furthermore, the Swedish branch of the company has partnered with outdoor advertising firm JCDecaux in order to attach small bee houses to the backs of other unused roadside billboards as well.

This is not the first time that McDonalds has used tiny structures to help struggling pollinators. In addition to several of the Swedish branches building beehives on the rooftops of their restaurants, the company auctioned off a fully-functioning beehive that was built inside of “the world’s smallest McDonalds” back in May.

The “McHive”, which was built by award-winning set designer Nicklas Nilsson, sold at auction for more than $10,000, all of which was donated to charity.

Now, McDonalds has partnered with the same designers in order to produce and implement as many of the “bee hotels” as possible.

(WATCH the promo video below)