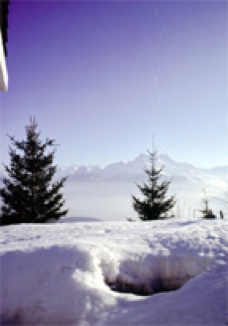 In the heat of a crisis, what the urban landscape looks like is low on the list of priorities. But, as time goes by, and as people rebuild, their environment takes on greater importance. Witness the case of the former Soviet republic of Georgia.

Last month, some of the internally displaced people from the conflicts in South Ossetia and Abkhazia planted 1,000 trees with the support of the Red Cross of Georgia.

These internally displaced people have themselves proposed which kind of fruit and conifer trees they’d like to plant. They’ve chosen native trees, familiar to them, so that they can care for the them as they grow.

The trees were planted near one of the public buildings provided by the state to house more than 100,000 of the estimated 300,000 internally displaced people in Georgia.

One thousand trees were already planted last April as a part of the Red Cross Society of Georgia’s millennium year activities.