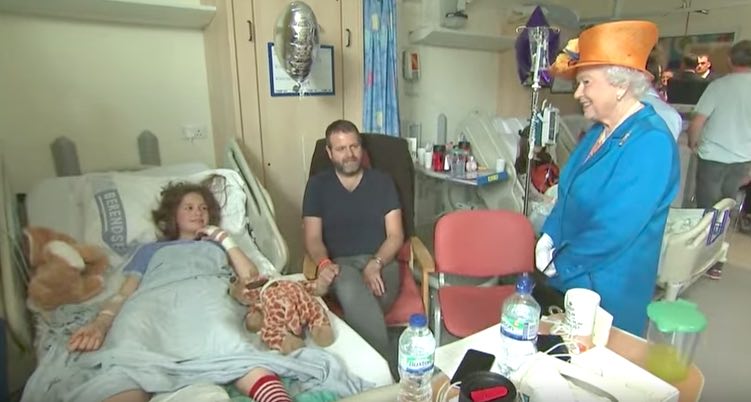 In the wake of the Manchester Arena bombing on Monday night, several groups and celebrities have stepped up to help and encourage the city in their own special ways.

Queen Elizabeth II, a vision of grace and elegance, visited the Royal Manchester Children’s Hospital to chat with the bombing victims and their families. Some of the younger patients who had suffered injuries during the concert were understandably excited at meeting Her Royal Majesty.

CHECK OUT: New Yorkers Unite to Scrub Off Hateful Graffiti on Subway Car

The Queen also personally thanked and shook hands with the hospital staff, who have been working around the clock to provide emergency care for their patients since the incident.

The Queen isn’t the only one who is lending a hand, either – Muslims all over Manchester have offered up their services to assist the affected. 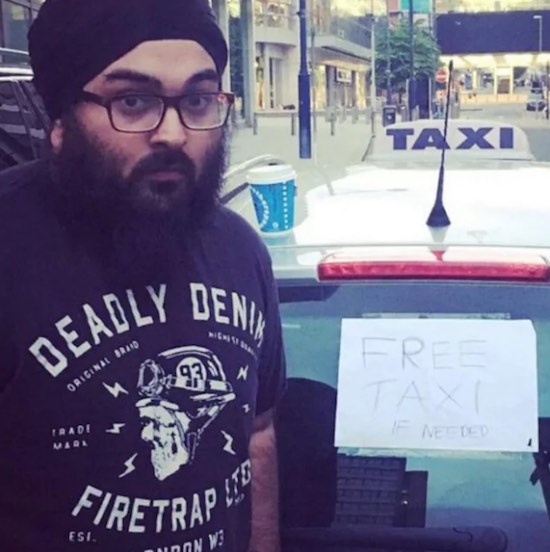 In the chaotic aftermath of the explosion, Muslim taxi drivers within the city limits announced that they would be giving free rides to anyone who needed them, totally free of charge.

As evidenced by the dozens of testimonies on Twitter, families, friends, and city residents were given free rides all over the region in the 24 hours following the disaster. Other drivers simply remained on standby with food, water, and phone chargers at the ready.

CHECK OUT: Homeless Man Who Became Hero in Manchester Bombing Rewarded With Housing

In addition to taxi drivers, four Sikh temples in the region offered up shelter and nourishment for anyone who was stranded.

“Sikh Temples in Manchester, UK offering food & accommodation. They are open for ALL people. #PrayForManchester,” posted a local Sikh man, along with the addresses of the temples.

Other residents took up the call to action and started #RoomForManchester, a tag used by locals who were offering up their homes and phone chargers to anyone who was stranded.

“This is an absolutely horrifying incident and our thoughts are with everyone affected, especially those who have lost loved ones or been injured and traumatized,” said Sir Richard Leese, leader of Manchester City Council. “If it is confirmed this was a terrorist attack it is a monstrous act but also a deeply futile one. Manchester is a proud and strong city and we will not allow those who seek to sow fear and division to achieve their aims.”