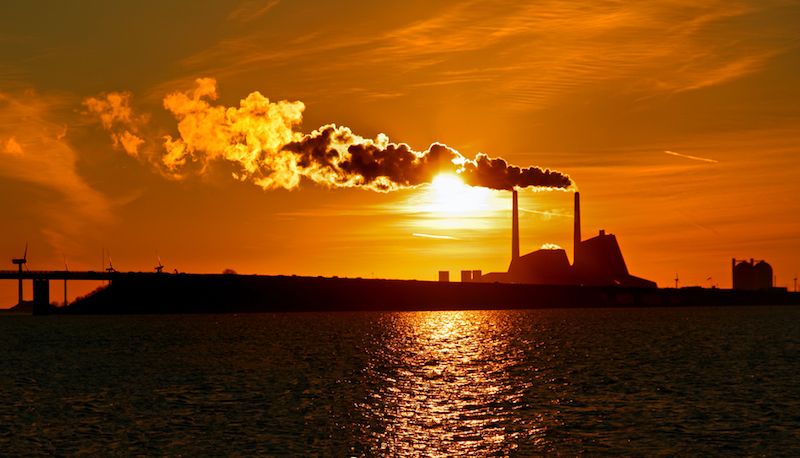 Get ready to hear one of the greatest advancements for reducing climate change — one that can be measured not by the emissions removed from a certain number of cars, but by how many power plants are taken offline.

You know those long tube fluorescent lights that are found in virtually every department store, office and school in the world? LED lighting has just taken a giant leap forward with the launch by Philips of a snap-in energy efficient replacement for those energy-sucking fluorescents.

Not only will the Philips InstantFit T8 lamps save about 45 percent — almost HALF — on energy bills compared with traditional fluorescents, the lamps are glass-free and contain no mercury making them infinitely safer and healthier to handle. They turn on instantly with no flicker or buzz and emit virtually no UV light.

But the real brilliance of these new lamps is revealed in their name. The InstantFit T8 tubes fit into existing fixtures with no rewiring. Prior to 2014, facility managers needed to re-wire every ballast to take advantage of LED technology for their warehouses or department stories.

With the InstantFit LED T8, installers can replace fluorescent tubes within seconds, cutting out the time and hassle, and much of the cost. Philips says an average supermarket, typically equipped with 1,000 double-tube fixtures, can now switch to LED lighting in less than four days instead of four weeks.

And, because the lamps last longer (a 40,000 hour lifetime), businesses can recoup their investment in just one to three years. 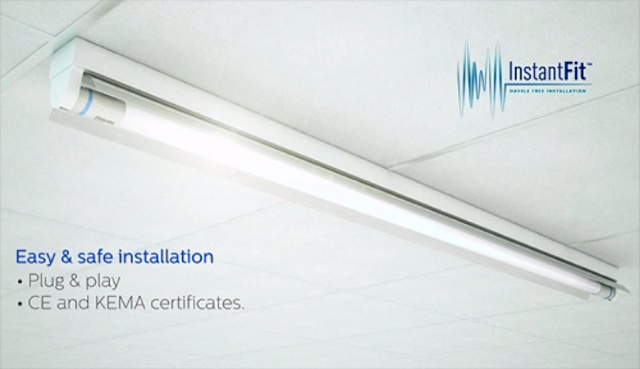 Philips asserts that, because fluorescent tube lighting is so common, replacement with T-LED lamps globally would result in savings of over 55 billion dollars in energy costs — the equivalent of energy generated by 210 medium sized power plants — quite an impressive figure.