Home All News Animals This Photo of an Old Man and His Kitten is Making Everyone’s... 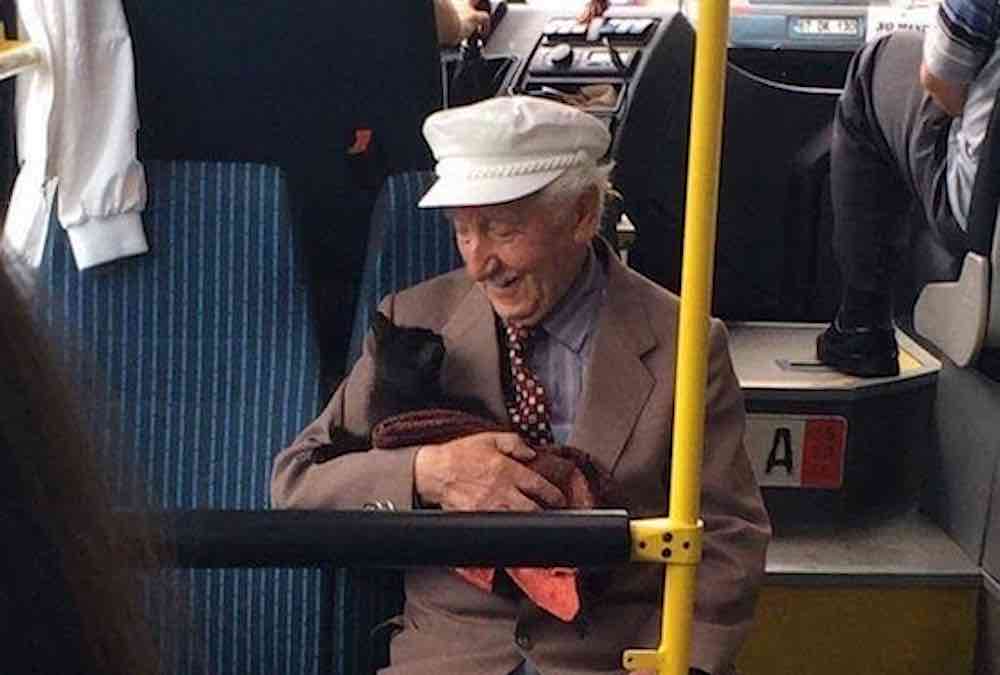 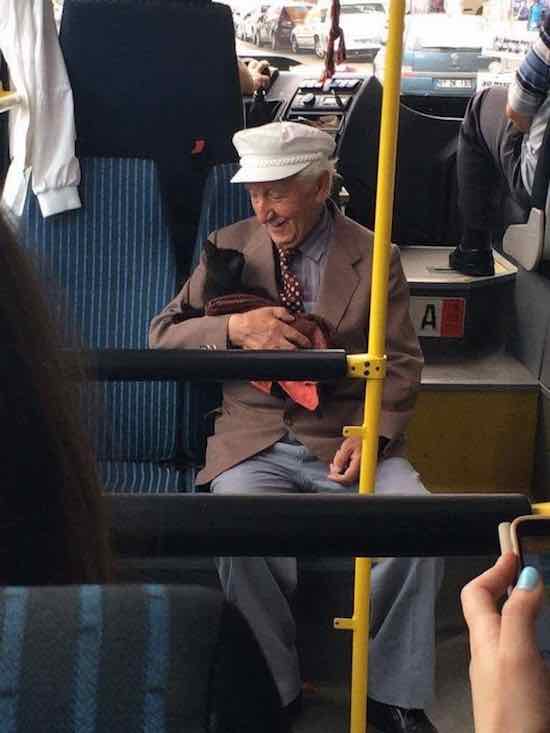 We have no idea who this man is, where he is going, or why he is carrying a kitten in his arms – all we know from this image is that he may be the most content man ever to ride a bus.

A Reddit user by the name of “Cagedragehere” posted a photo of a Turkish senior sitting happily in transit with a black cat cradled in his arms.

The picture, which was taken in Istanbul, shows the man beaming at the feline in such a way that can only be described as pure happiness.

While the details behind the photo are unknown, many other Reddit users say that they aren’t surprised that the picture originated from Istanbul; a city famous for its stray animals.

One commenter remarked on how the city doesn’t just extend its kindness to animals, either.

“The people of Istanbul are just really wonderful,” says the user. “I was there for a bit in 2015 and I once watched four lanes of traffic stop to help a girl who’s balloon had gotten loose.”

SHARE The Purrrrfect Moment With Friends (Photo by Cagedragehere)