Home All News Self-Help Our Public Employees Are American Heroes 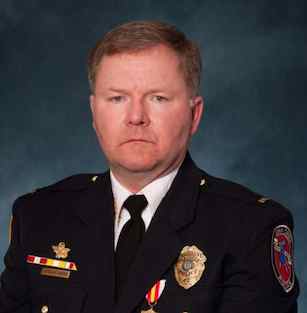 Forget about going all the way to the London Olympics for heroes. This weekend, we saw real heroes right here in America.

First, look at the images from Pasadena, Calif., of cheering NASA scientists. (You can watch the elated moments after the Mars landing in the video below.) How fantastic that the American ingenuity of NASA scientists got us to Mars. It makes me proud to be an American. I can’t get enough of these images from when the probe touched down. These scientists are American heroes.

And there was another American hero this weekend: Brian Murphy. He is the police officer who protected the Sikh community in Wisconsin during that awful tragedy this week. Despite being ambushed and taking nine bullets, he waved off medical attention so the victims inside could get help instead. He is in critical condition in a local hospital, and he is an American hero.

The NASA scientists and Officer Murphy represent the best of America.

And then there’s the other end of the spectrum: (a TV political commentator) said this about public employees: “Government jobs, we’re for losing government jobs.”

Well, guess what: Those NASA scientists hold government jobs. Officer Murphy has one of those awful government jobs. Those who purify your water, inspect your meat, and test your kids’ toys, as well as a huge number of nurses, teachers, and our soldiers, are public employees. The firefighters who don’t hesitate to rush toward danger while you run away from it — they are all public employees.

“Government jobs, we’re for losing government jobs.” Really? Those who devote their lives to serving our country, children, and neighborhoods are giving back. They have answered the call to serve. Public service used to be the highest of callings, until people like Madame Voldemort vilified it.

We need to be celebrating those who serve us rather than mocking them.

I’m really, really, really grateful for the service of all you public employees out there. You are the true heroes, and we thank you for your efforts every day.

This is an edited transcript from a segment on The War Room With Jennifer Granholm, which airs weeknights at 9 p.m. EST. on Current TV.