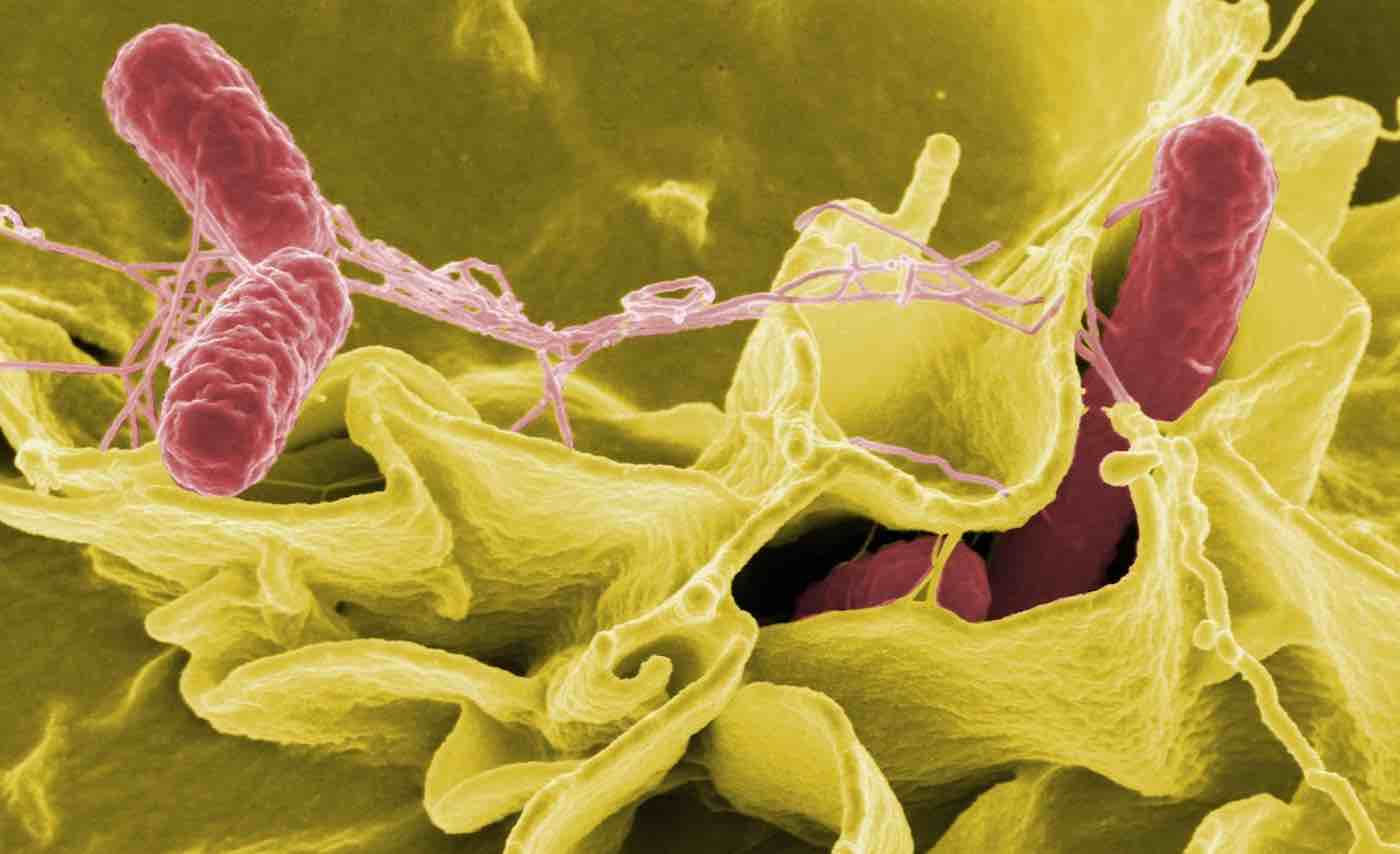 Israeli scientists have succeeded in editing the genes of microorganisms so that they stop eating all of their normal solid foods and switch to a strict diet of only eating carbon dioxide (CO2) from their environment.

This means that the bacteria were able to build all of their biomass from air. This feat, which involved nearly a decade of rational design, genetic engineering and a sped-up version of evolution in the lab, point to an exciting new means of developing carbon-neutral fuels.

The research, which was conducted in the laboratory of Professor Ron Milo of the Weizmann Institute of Science, was reported this week in Cell.

The study began by identifying crucial genes for the process of carbon fixation—the way plants take carbon from CO2 for the purpose of turning it into such biological molecules as protein and DNA. After adding and rewiring the needed genes, the researchers found that many of the “parts” for the machinery that were already present in the bacterial genome could be used as is.

They also inserted a gene that allowed the bacteria to get energy from a readily available substance called formate that can be produced directly from electricity and air and which is apt to “give up” electrons to the bacteria.

As it turns out, simply giving the bacteria the “means of production” was not enough for them to make the switch. The team still needed another trick to get the bacteria to use this machinery properly, and this involved a delicate balancing act.

Together with several other members of Milo’s team in the Institute’s Plant and Environmental Sciences Department, the researchers used lab evolution, as the technique is known; in essence, the bacteria were gradually weaned off the sugar they were used to eating.

LOOK: This New Bioreactor Uses Algae to Capture as Much Carbon Dioxide as an Acre of Trees

At each stage, cultured bacteria were given just enough sugar to keep them from complete starvation, as well as plenty of CO2 and formate. As some “learned” to develop a taste for CO2 (giving them an evolutionary edge over those that stuck to sugar), their descendants were given less and less sugar until after about a year of adapting to the new diet some of them eventually made the complete switch, living and multiplying in an environment that served up pure CO2.

To check whether the bacteria were not somehow “snacking” on other nutrients, some of the evolved E. coli were fed CO2 containing a heavy isotope: C13. Then the bacterial body parts were weighed, and the weight they had gained checked against the mass that would be added from eating the heavier version of carbon. The analysis showed the carbon atoms in the body of the bacteria were all extracted directly from CO2 alone.

The researchers believe that the bacteria’s new “health kick” could ultimately be healthy for the planet. Milo points out that today, biotech companies use cell cultures to produce commodity chemicals. Such cells—yeast or bacteria—could be induced to live on a diet of CO2 and renewable electricity, and thus be weaned from the large amounts of corn syrup they live on today.

Bacteria could also be further adapted so that rather than taking their energy from a substance such as formate, they might be able to get it straight up—say electrons from a solar collector—and then store that energy for later use as fuel in the form of carbon fixed in their cells. Such fuel would be carbon-neutral if the source of its carbon was atmospheric CO2.

“Our lab was the first to pursue the idea of changing the diet of a normal heterotroph (one that eats organic substances) to convert it to autotrophism (‘living on air’),” says Milo. “It sounded impossible at first, but it has taught us numerous lessons along the way, and in the end we showed it indeed can be done. Our findings are a significant milestone toward our goal of efficient, green scientific applications.”

Reprinted from Weizmann Institute of Science