Home All News Kids Son Brings Mom Who Grew Up In Foster Homes To Her First... 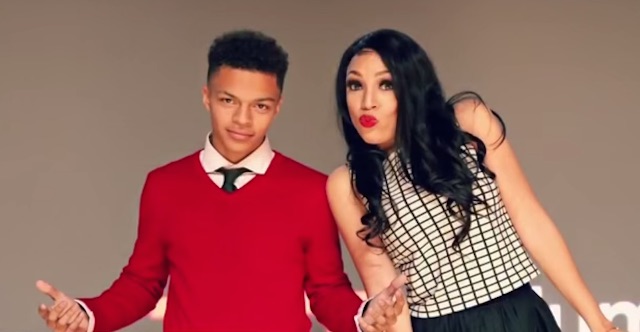 This high school senior is going to prom with the one woman who has always been there for him–his mother.

Trey Potter popped the big question to his mother Melissa Roshan at their home in Gahanna, Ohio, as a sign of respect and appreciation for everything the young woman has done for him.

Before she was pregnant and homeless at 16-years-old, MelRo spent her youth in 23 different foster homes and was never given any encouragement about her value as a human being, or about her future. After turning her life around, she was discovered as a magazine model and took care of her son all on her own.

RELATED: Mom Adopts Hospice Babies No One Else Wants

“When I was pregnant with him, I heard, ‘Mel because you lived in the foster care system, you’re probably not going to raise a thriving individual. It just doesn’t happen,” Potter told WATE. “You can’t give him what you don’t have.’”

“So seeing who he has become–and knowing the sacrifices that have been made and how much I love him and seeing that come to fruition–I’ve proved them wrong.”