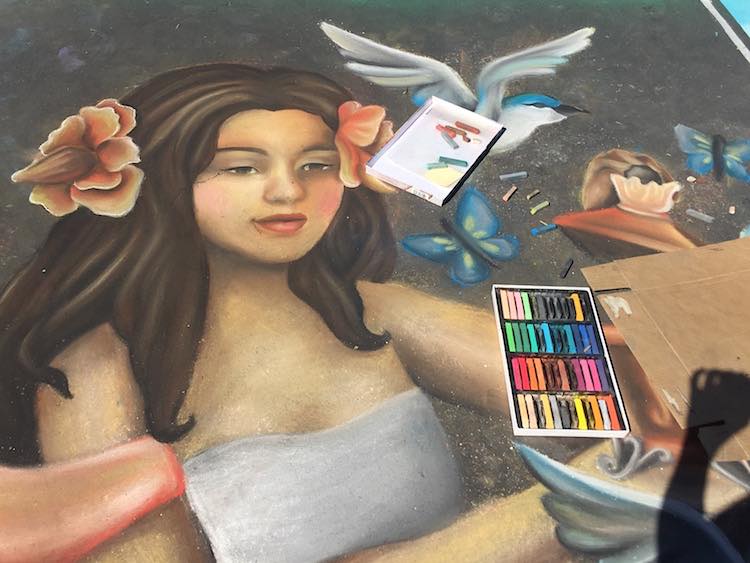 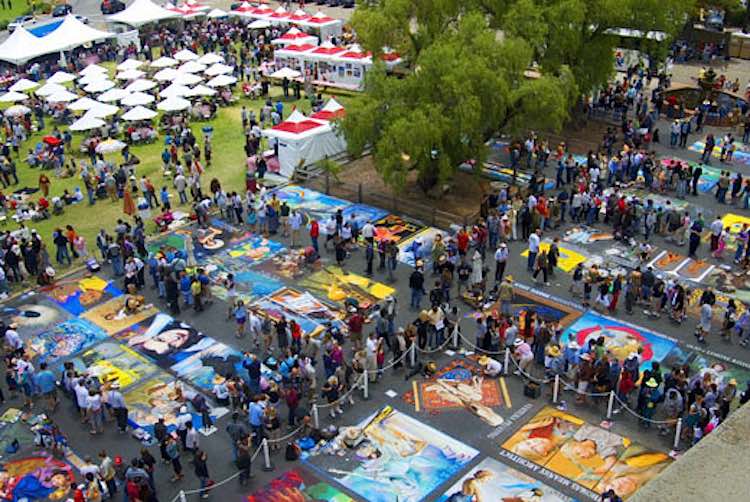 The 31st annual Italian Street Painting Festival was held this weekend at the grounds of the historic Mission in Santa Barbara, California—and these gorgeous creations may inspire you to go chalk your own sidewalk. 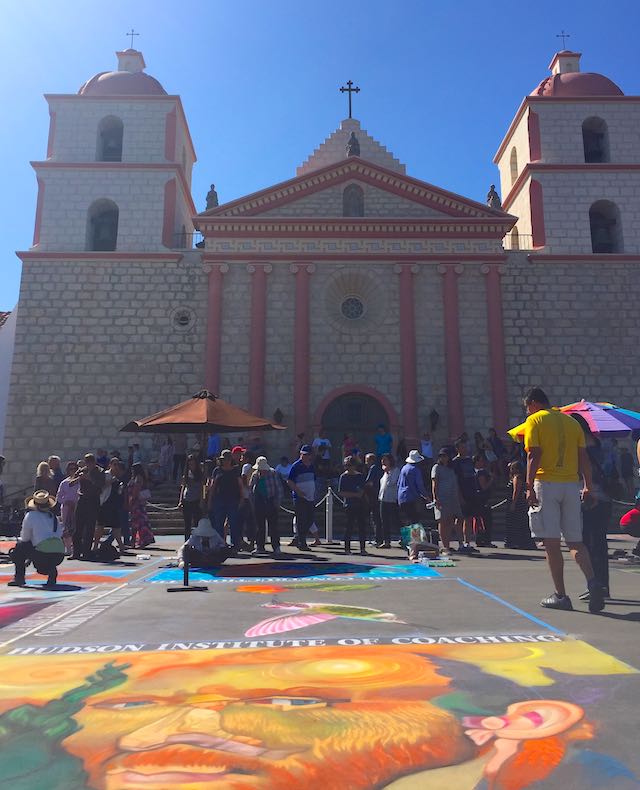 Inspired by its sister festival in Grazie di Curtatone, Italy, the Santa Barbara event known as ‘I Madonnari’ was the first festival of its kind in North America. Using colorful pastels on pavement, artists and young people create 150 large-scale street paintings—and all proceeds from the event benefit arts education, workshops, and performances in the local public schools. 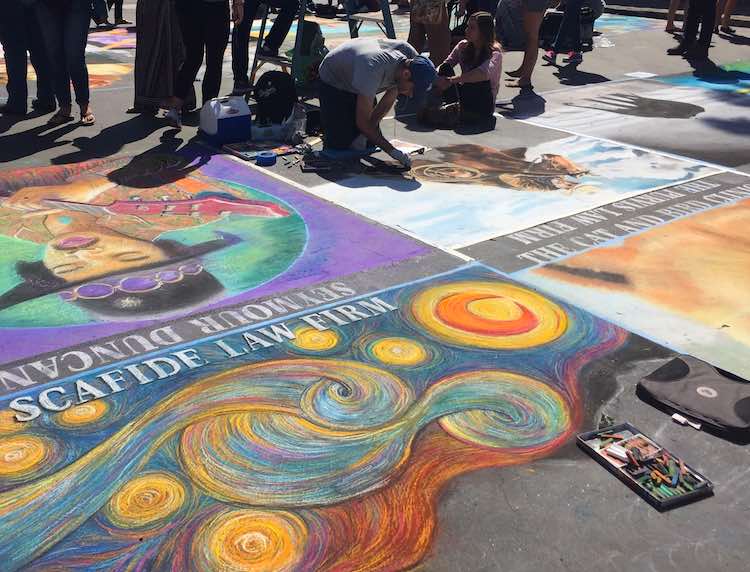 25,000 spectators over the Memorial Day holiday weekend will visit, marvel at the paintings, stroll the Italian Market with its array of Italian cuisine, buy souvenirs of the event, and enjoy live music.

The festival benefits the Children’s Creative Project, a nonprofit arts education program of the Santa Barbara County Education Office. The Project serves 50,000 children in more than 100 schools with visual and performing arts workshops and performances throughout the region. 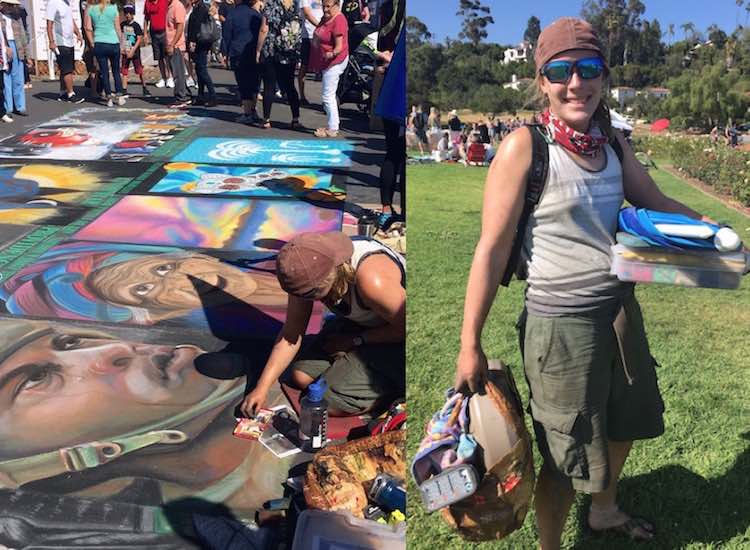 Businesses and citizens sponsor the squares of pavement, as large as 12-by-12 feet, to advertise their business or celebrate a friend or family member, or nonprofit you support. 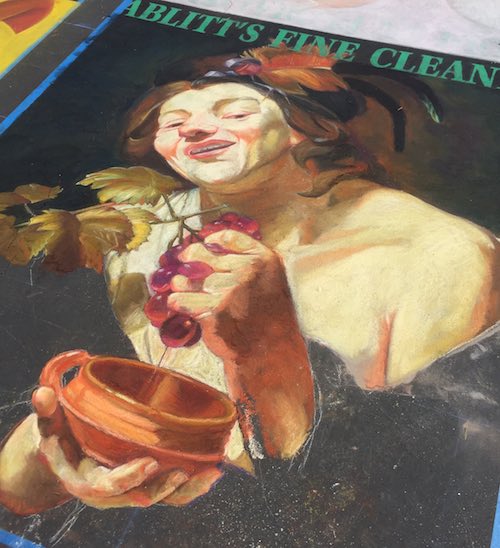 The festival will even provide an artist to anyone sponsoring a square, and provides all painters with an endless supply of pastels for their work over the three days. 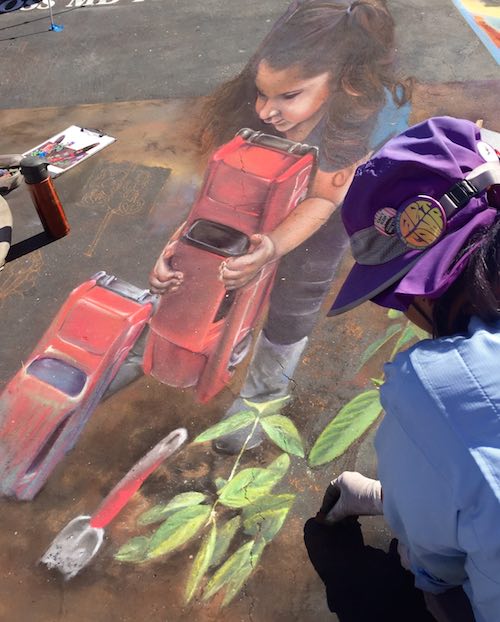 Street painters are called ‘I Madonnari’ in Italy because they historically recreated images of the Madonna. The Italian Madonnari have been traced to the sixteenth century, when itinerant artists were brought into the cities to work on the huge cathedrals.

When the work was completed, they needed to find another way to make a living, and thus often would recreate the paintings from the church onto the pavement. 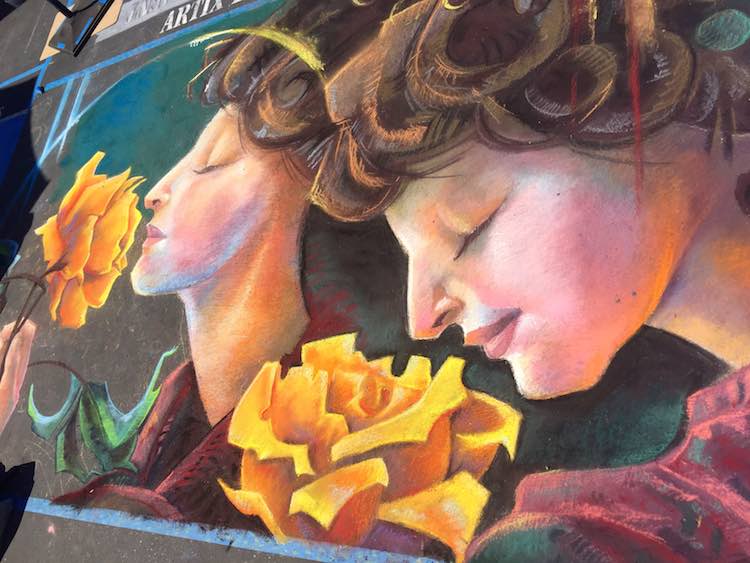 They traveled to join festivals in towns across the country to make a living from observers who would throw coins if they approved of the artist’s work. 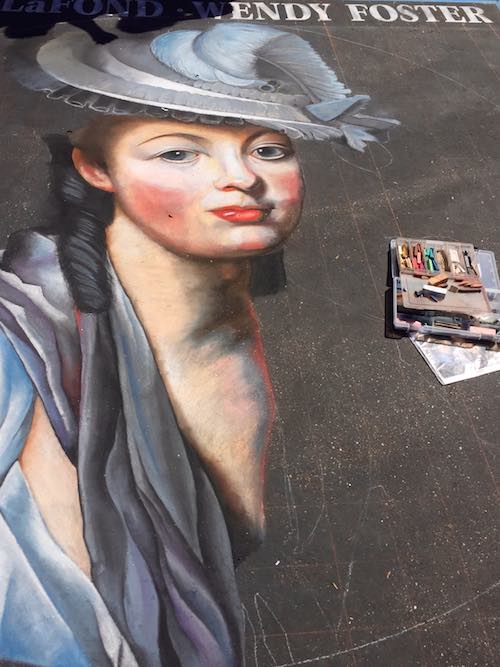 For centuries, many Madonnari were folk artists, reproducing simple images with crude materials such as tiles, coal, and chalk. Others, such as El Greco, would go on to become household names. 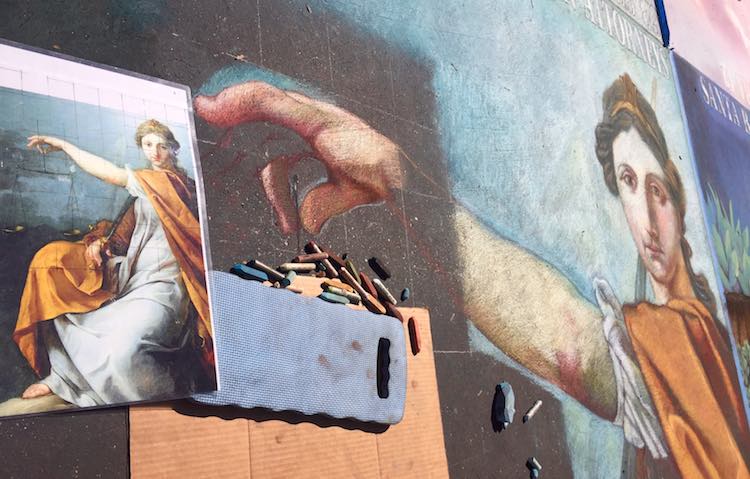 The origins of modern street painting can be traced to Britain. Pavement artists were found all over the United Kingdom and by 1890 it was estimated that more than 500 artists were making a full-time living from pavement art in London alone. 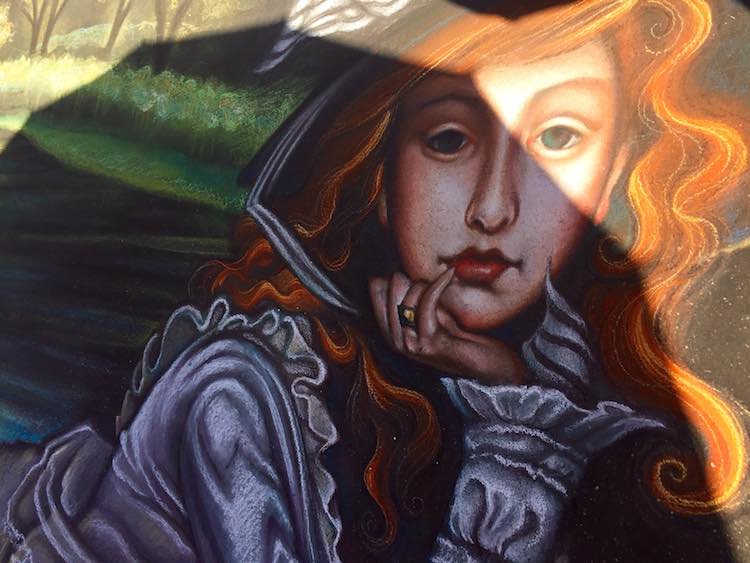 There is one day left in the Santa Barbara festival (with hours from 10-6, ending May 29). Some artists are using the last day to put the finishing touches on their masterpieces. 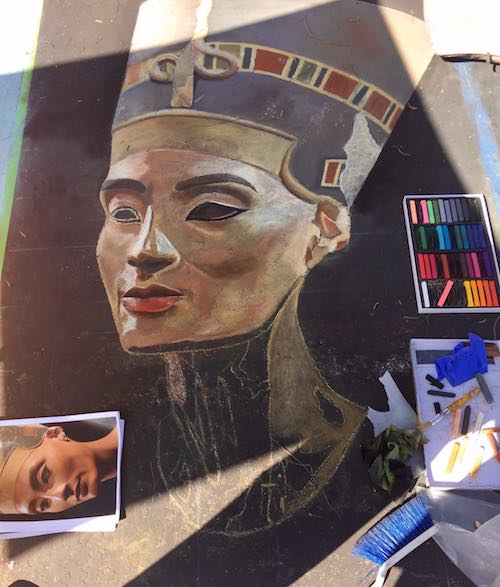 Learn more at www.imadonnarifestival.com (All photos by Geri Weis-Corbley except Aerial photo, courtesy of festival website)