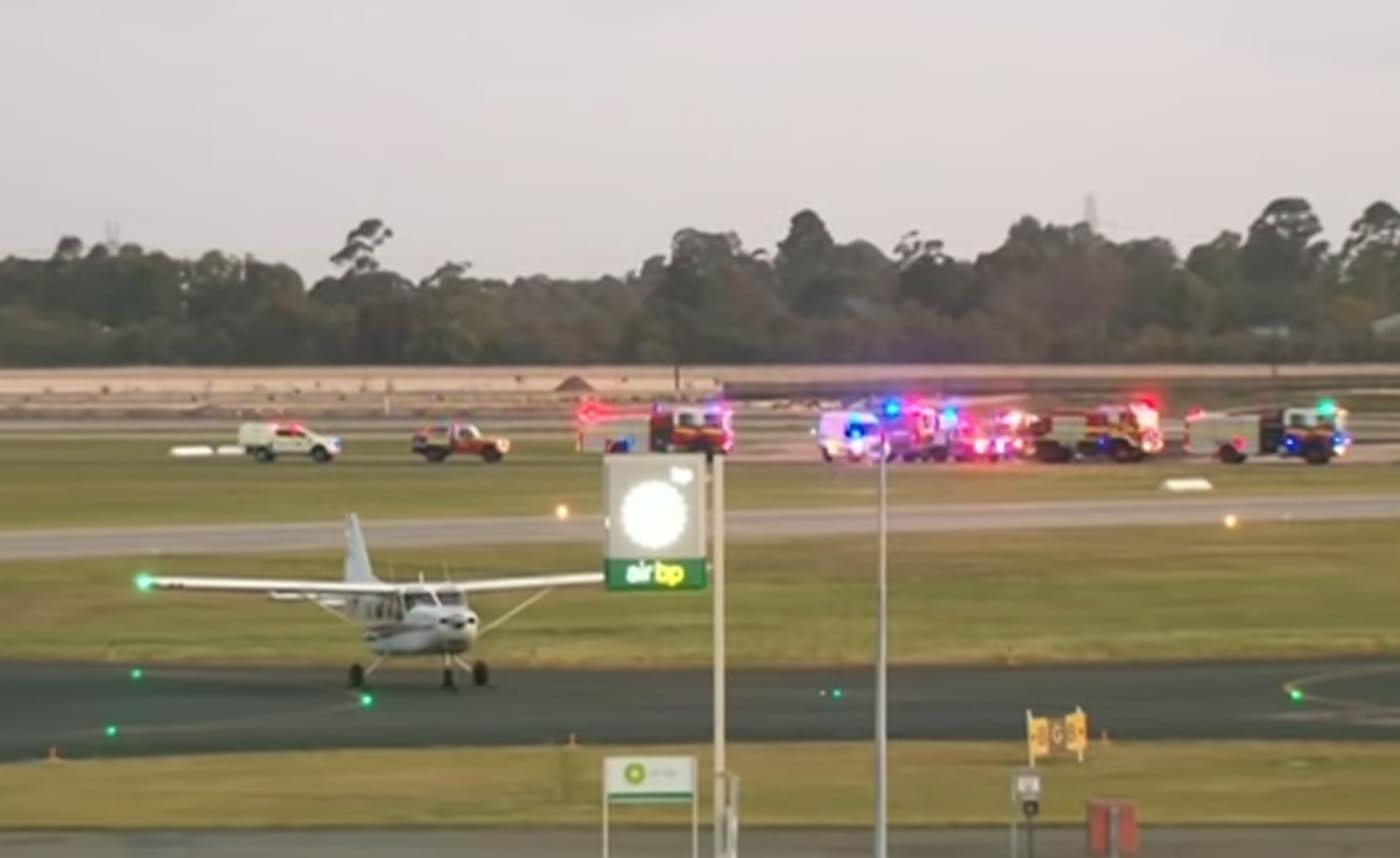 A 29-year-old student pilot in Australia is being hailed as a hero after he managed a “perfect” airplane landing during his first flying lesson.

It had been Max Sylvester’s first time in a Cessna training aircraft when his instructor suddenly fell unconscious mid-flight.

Alone at the controls, he immediately contacted a nearby control tower and told them of his predicament. In a sound clip that was released by ABC News this week, Sylvester can be heard describing his instructor’s condition, saying: “He’s leaning over my shoulder, I’m trying to keep him up but he keeps falling down.”

Through radio contact with air traffic officials, Sylvester was guided through an emergency landing at Perth’s Jandakot Airport.

“You’re doing a really great job,” the air traffic controller told the trainee. “I know this is really stressful. But you’re going to do an amazing job and we’re going to help you get down to the ground, OK?”

An hour after his instructor fainted, Sylvester safely landed the plane—and local pilots say that they have never seen anything like it.

RELATED: Foot Doctor Saves Passenger’s Life by Following His Instincts and Ignoring Orders From the Ground

Chuck McElwee, owner and operator of Air Australia International for 28 years, says that he never would have expected such a perfect landing from a rookie student, especially because it had zero impact to the plane.

“I’ve had worst damage happen on good flights where nothing went wrong,” he mused.

(WATCH the news coverage below) – Photo by Sky News