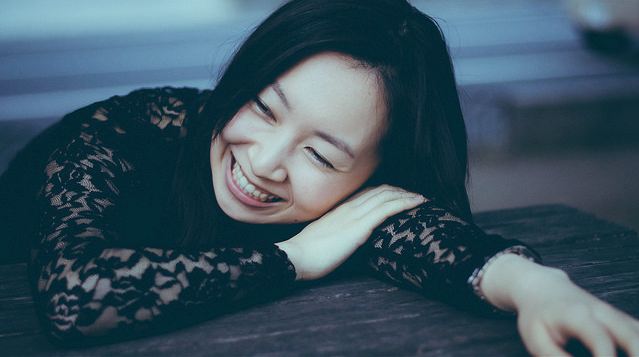 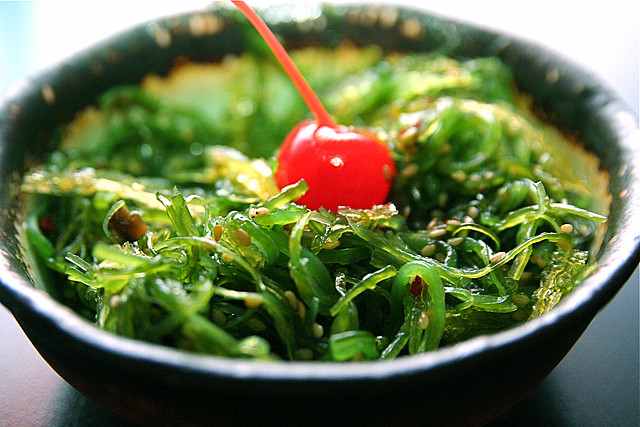 The people of Japan have one of the longest life expectancies in the world and the women keep their smooth, firm skin well past their 50s. Why not add a nutritious “power food” to your diet to gain the benefits of Japanese longevity and great skin: The secret is seaweed.

Seaweed contains 14 times more calcium by weight then milk, is high in protein, low in fat and contains little or no carbohydrates. It also contains B12, which is rarely found in vegetables.

Yet the beneficial properties of seaweed go deeper:

• Seaweed has important anti-bacterial and anti-virial effects.
• Seaweed can reduce cholesterol, high blood pressure and arteriosclerosis. (Research shows improved metabolism which reduces the accumulation of fats.)
• Seaweed can combat tumors.
• Seaweed is rich in iron, potassium, magnesium, zinc, manganese and 60 trace minerals.
• Some seaweeds, like kelp, is a source of iodine, necessary for thyroid function and to prevent goiter.
• Seaweed has anti-inflammatory properties (from B complex vitamins) that can ease arthritis.

After the Fukishima nuclear disaster, more people learned about seaweed’s ability to eliminate toxins and harmful substances, like radioactivity, from the body. A McGill University study in 1965 found a substance in kelp and common seaweed that could reduce by 50 to 80 percent the amount of radioactive strontium absorbed through the intestine. Another compelling study began with a doctor and his patients who were in Nagasaki when the atom bomb dropped in Japan. They had been on a strict macrobiotic diet of seaweed, miso, brown rice and sea salt. Dr. Akizuki and his patients survived and lived into old age, escaping the fallout’s devastating effects, even though they were just 1.4km from the blast and were near to others in the hospital who were not spared.

The extract of Wakame seaweed is packed with antioxidants and minerals and, according to the “Encyclopedia of Natural Medicine,” may be the secret to beautiful skin for generations of Japanese women. Known as Phytessence Wakame, it is the dried form of the wakame sea kelp. This edible seaweed

has been a daily dietary staple and medicine in Japan for hundreds of years. It contains a substance that blocks hyaluronidase, an enzyme that leads to premature aging because it breaks down vital hyaluronic acid in the skin. Several of its compounds including sulphated pilyfucose can protect your skin from UV rays and pollution.

In addition to eating the raw form of the seaweed, you can find it as a supplement. It is also used in skin creams

, which have recently made their way into western markets.

Seaweed tastes good when properly prepared. Uncommon in western diets except for island nations, like Ireland, you may have eaten it in miso soup or sushi rolls. For maximum nutritional value, these popular seaweeds should be served fresh.

is a sea vegetable which grows in deep sea waters around Hokkaido. It is sold dry in hard sheets or in powder form. It is mostly used in Soups as a stock. (Try Kombu and Wakame in Miso Soup with Spinach and Mushroom)

is a sea vegetable, which grows in cool to cold sea waters. It can be used in soups, salads, with other dishes and as seasoning. (Use Wakame in White Bean and Asparagus Stew)

is a red color and has a delicious fresh crisp flavor. It comes in soft sheets in a package or dried granules that can be sprinkled on food either during cooking or at the table. (Try crispy pan fried dulse in “nachos” instead of chips , or on a BLT instead of bacon, or in risotto)

is thin and its oily iridescence reflects the colors of the rainbow. This is the most popular Seaweed for eating, both historically and today. We mostly know it from eating Maki Sushi. It comes in sheets in a packages or dried granules that can be sprinkled on food either during cooking or at the table. (3 recipes for risotto, salad, sushi bowl, and, Miso soup.)

is a dark brown sea vegetable when fresh and blackish when dried. As all other dried seaweed, it is very rich in minerals, particularly calcium and protein. Arame can be used as a substitute for wakame or hijiki in many applications. (Try Carrots with Arame)

– Also, there is Kelp which is the most nutritious; it is very high in iodine, contains iron, sodium, phosphorus, calcium, magnesium and potassium and vitamins A, B1, B2, C, D and E, plus amino acids. It is a very strong tasting seaweed which overpowers most foods so not often cooked with. Kelp is often taken in capsules