Home All News Self-Help Change Your Life, No Matter the Circumstances 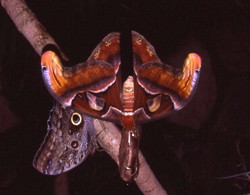 Part 3 in our series on Gratitude and how it can change your life features a man so down on his luck that calling him a victim would be the sensible story line. But, as Harry Tucker explains, his Attitude lifted him to a place where his own story became the impetus for a positive, inspiring life — much like the moth (right) emerges from a cocoon. The A in Gratitude stands for Attitude. If we assume that our world is filled with problems and impossible odds, then we are right. Conversely, if we believe that our world is filled with beauty, opportunity and infinite love, then we are also right…

How is it that people with the same opportunities, in the same country, sometimes from the same family and the same environment, live life with completely different results? If we examine their perceptions of their world, we find that in most situations, they have created the world they expected. Many people react angrily if they are told this, because it is always easier to blame someone else, or an external factor of some kind. It is far easier to become a victim and to be swept away by the tide of bad luck and misfortune. Unfortunately, being a victim drains the very life energy from not only the victim but those around them.

If we look at the lives of successful or happy people, we discover that many of them overcame very serious challenges in their lives in order to get where they are. Some of the most brilliant minds in business never graduated or even attended college. Many came from financially challenged backgrounds. People who excel in a number of areas, including sports and the arts, overcame physical and mental challenges or physical abuse to reach a potential that many of us believe is unattainable for ourselves. As Jack Canfield says, "Most of us had a rough childhood… That’s just called ‘so what’…" The "what" comes down to attitude.

In November of 2004, I founded a group in Newfoundland called Freecycle that encourages community gifting of things that would otherwise end up in of landfill. There is a member of that group who excels in attitude despite long odds. He lived on the streets in Toronto and Vancouver. He endured mental, physical and emotional hardship beyond levels most of us would be able to deal with. His wife is physically disabled.

For many of us, this sounds like the perfect recipe to be a victim, an excuse to yell out at the system "Take care of me – I am unable to take care of myself because of all the wrong handed me". But he doesn’t choose to react in such a way. As a matter of fact, he is using his history as an impetus to make a positive difference to those around him. He is setting up a not-for-profit company to collect used computer parts and software so that he can refurbish them and provide them free of charge to needy families. 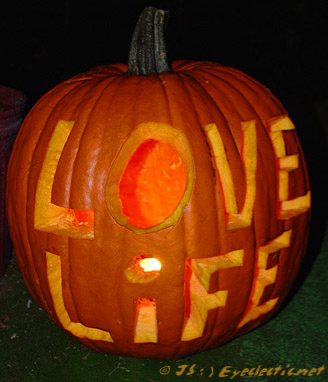 People who want to be a victim are not grateful for, and therefore don’t see, the opportunities that are all around them. This man’s perception of the world, despite everything that he has experienced, is that the world is filled with opportunities to do good things and so that is how he is living his life.

When I asked him about his motivational reasons, he intoned the harmony of gratitude:, "I believe that all good things that are worthwhile come on the heels of struggle. I feel blessed with the wealth of a good heart and soul. I have a strong will to persevere, to take hardship and turn it into opportunity not just for oneself but for others who are in the same situation. I want to give something to this world, a safer and cleaner environment, and resources and knowledge to people who may not have the means otherwise; to show those who struggle everyday including myself and my family that struggle can provide the inspiration to make the world just a little bit better of a place in which to live."

THAT, is a powerful example of attitude and how to perceive the world in the best way possible despite the circumstances.

There is a Japanese koan, which is a story that makes you think, that I’ve always liked that demonstrates the variety of perceptions in a single situation.

There was a traveling monk who approached a monastery one day looking for shelter. As was the custom in those days, if the visitor could defeat the host in a wordless debate, the visitor could have food and shelter for the night.

Two brothers ran this particular monastery, an educated one who was the older of the two and his younger sibling who had no education and only one eye. The educated brother said he was too tired to engage and asked his brother to meet the visitor.

Two People in the Same Situation Choose to See Differently

Some time later, the visitor ran into the room where the older brother sat and said quickly that he couldn’t stay because his brother was so brilliant that the visitor was not worthy of the shelter. Intrigued by this, the educated brother asked him to explain.

The visitor said "We sat and stared at each other for a while. I held up one finger to indicate there was only the Buddha. Your brother held up two fingers, signifying the Buddha and his teachings. I held up three fingers, meaning that there is the Buddha, his teachings and his followers. Your brother held up his fist, showing that it is only through the combination of all can we find true enlightenment. When I realized his brilliance, I left him and came to tell you that I could not stay". With that, the visitor stood up, bowed and left the room.

A couple of minutes later, the younger brother ran into the room, demanding to know where the visitor was. "He left", his brother said, "why are you so angry?"

As you can see, the slightest difference in perception on our part shifts the meaning of our very existence, and thus, the outcomes that we produce.

Cat Stevens lyrics ring true about Attitude, I Can’t Keep It In:

Oh why, why must you waste your life away,
you’ve got to live for today, then let it go.

Love, That’s no way to live your life,
you allow too much to go by, and that won’t do.

I said, why walk alone, why worry when it’s
warm over here. You’ve got so much to say, say what you mean,
mean what you’re thinking, and think anything. Why not?
Now why why why not?

Next week, we explore the "T" in Gratitude, which represents Time, and how we choose to invest it or spend it. Take care and be well. Harry Tucker