Home All News World UPDATE: North and South Korea Commit to Denuclearization, End of War, and... 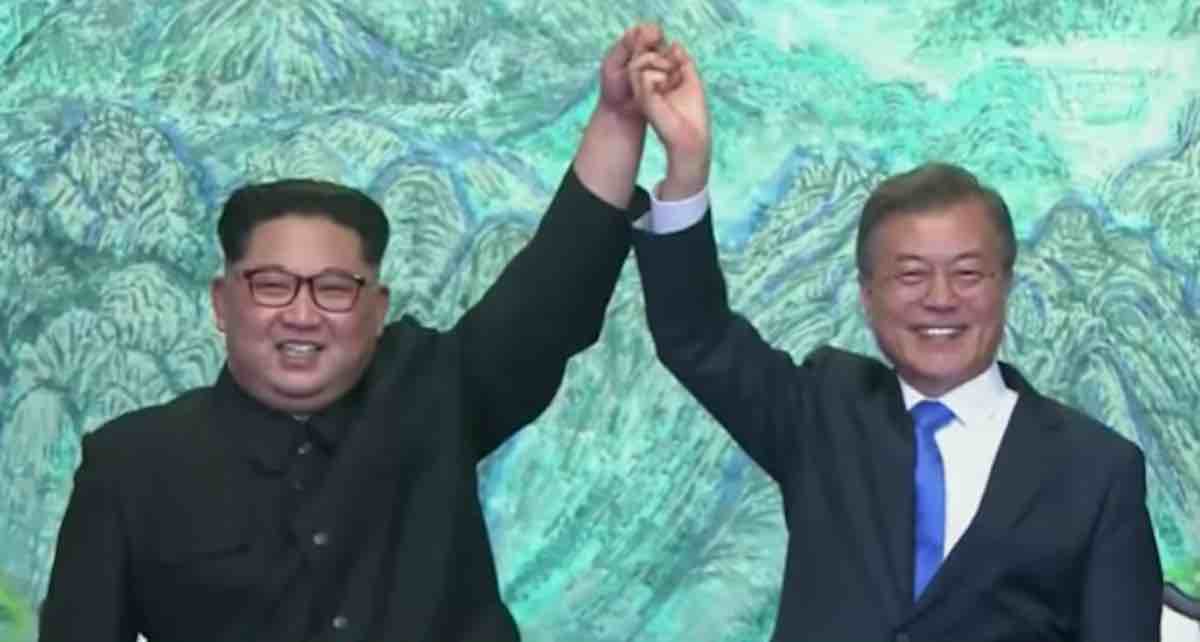 In a historic summit on the border, the leaders of North and South Korea met for peace talks and announced their commitment to total denuclearization, the end of the 68-year Korean war, and – in the words of Kim Jong Un – reunification.

The summit was resplendent with symbolism. For the first time in history, a North Korean leader crossed the military demarcation line and set foot into South Korean territory. Immediately after stepping over the official border, Kim then invited South Korean president Moon Jae-in to step over into his own country – which they did, hand-in-hand.

Journalists and spectators present for the event could be heard gasping and cheering in surprise over the landmark gesture. According to CNN, the two countries had spent weeks planning the day’s proceedings down to the second – but Moon’s invitation into North Korea was totally unexpected.

After enjoying each other’s company for over an hour, the leaders conducted a symbolic tree-planting ceremony and proceeded to sign the Panmunjom Declaration for Peace, Prosperity and Unification on the Korean Peninsula.

RELATED: 3,000 Jews and Muslims Sign Up to Learn a Song Together–the Result is Perfect Harmony

While the agreement kept the deadlines to a minimum, it commits the leaders to denuclearization and the ending of the Korean conflict. Kim also told the media that Korea “will be reunited as one country.”

At the end of the Korean war in 1954, South and North Korean officials signed a truce, and though it put an end to the violence between Pyeongchang and Seoul, they never actually agreed to sign a peace treaty.

The countries came closing to ending the war in 2007 during the “Sunshine Policy” peace talks, but it was not to be. In addition to North Korea resisting international inspections of their nuclear facilities, South Korea elected a new president in 2008 who abandoned the negotiations.

The groundbreaking meeting between the two leaders this week sets an optimistic stage for Kim Jong Un’s meeting with US President Donald Trump in the summer.

Moon and Kim also reportedly agreed to suspend propaganda broadcasts into each other’s countries, stay in touch through phone communication, and to meet again in the fall.