Home All News Animals Photographer Captures Incredible Video of Thousands of Ray Fish Flying Through a... 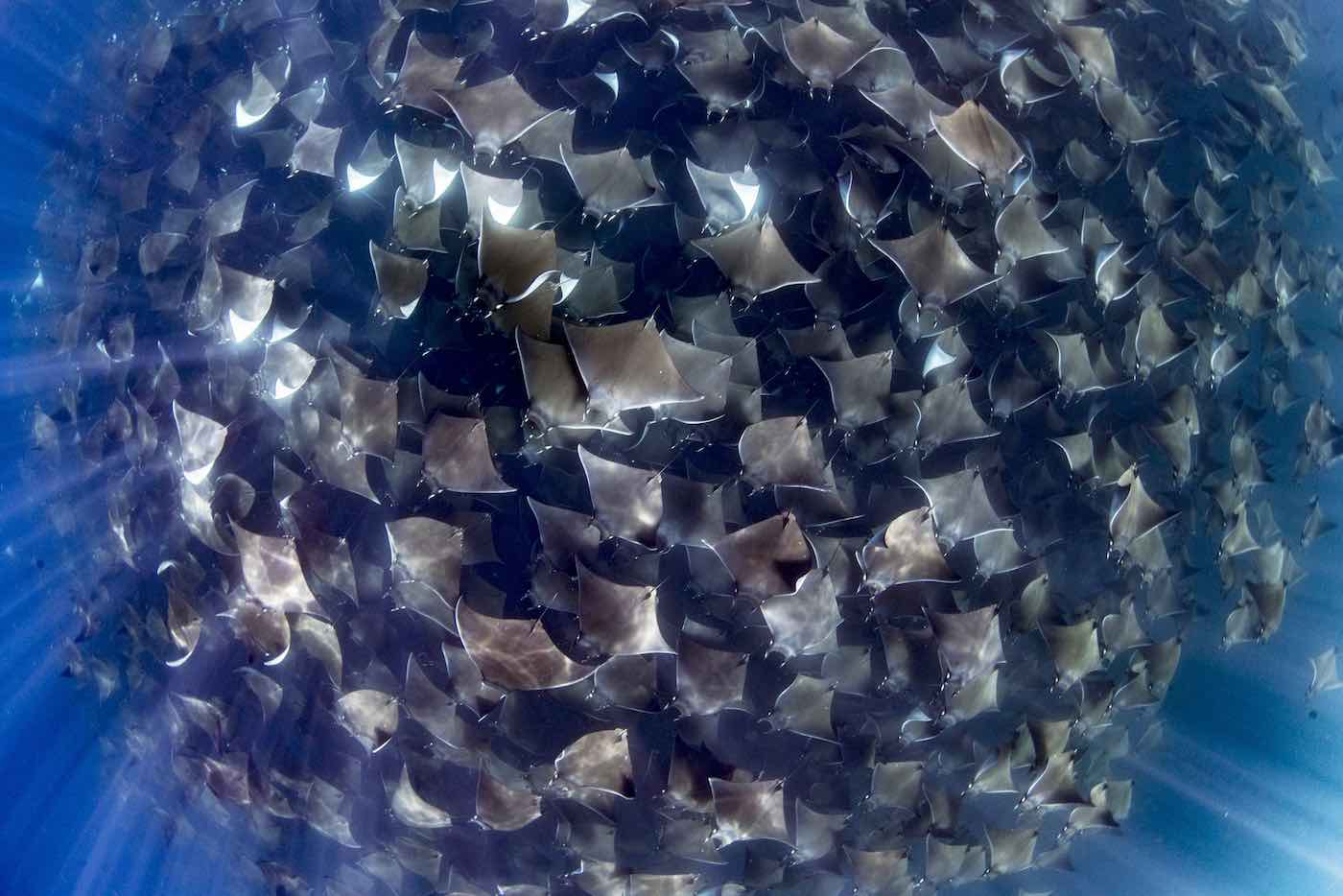 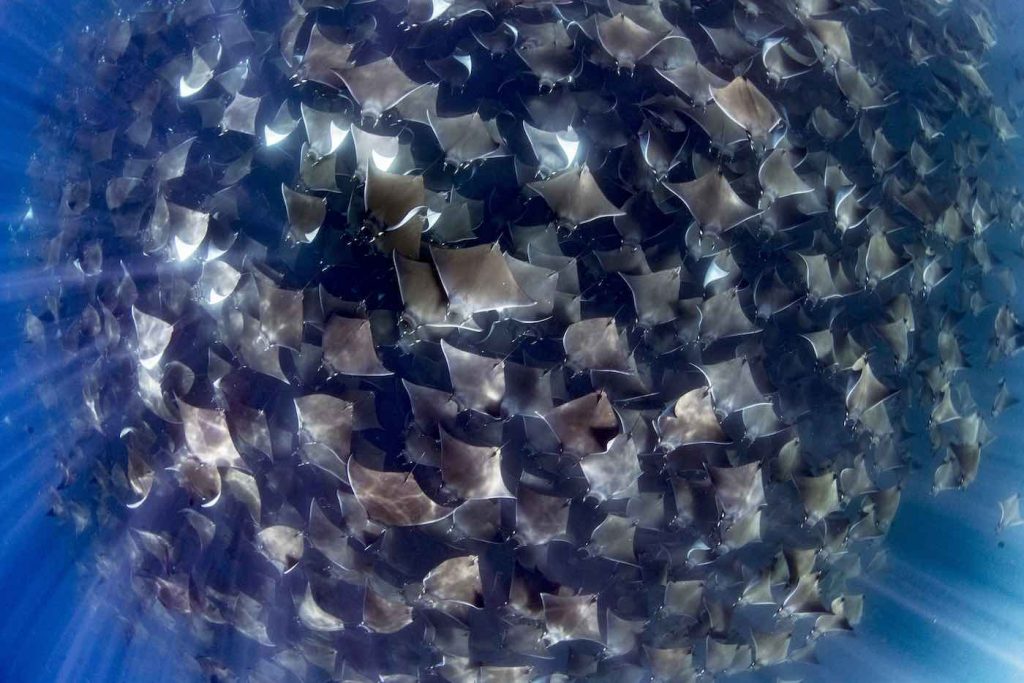 Mobula rays, which are closely related to sharks and come from the same family as some manta rays, are normally shy and difficult to film.

“It is very rare to get an encounter like this, with this many rays, in near perfect visibility,” said Nadia.

The 35-year-old from Mountain View, California, estimates that there were over 10,000 rays.

“They were not as skittish as they normally are.”

Species of this genus are often collectively referred to as ‘devil rays’ or simply ‘flying rays’, due to their propensity for breaching the water, sometimes in a spectacular manner.

Known to local fisherman as ‘flying tortillas’, they gather in their thousands before launching themselves out of the ocean.

They use their wing-like pectoral fins to reach heights of over two meters before belly-flopping back down into the sea to join the school.

(WATCH the beautiful undersea life of these fantastic creatures)