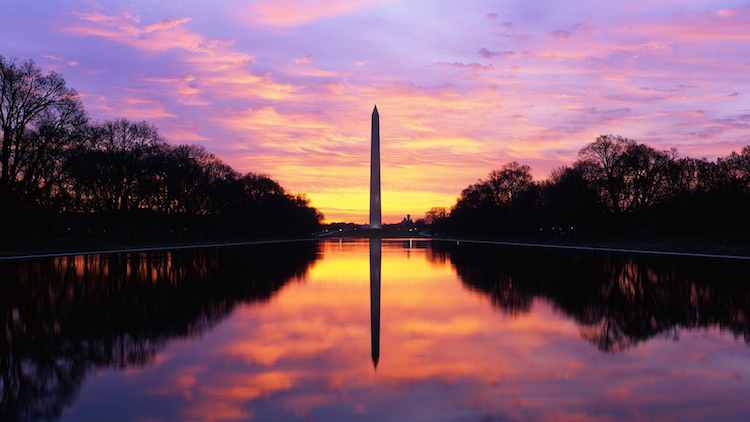 After almost three years, the Washington Monument reopened to the public yesterday. A 2011 earthquake left gaping cracks that needed repair, so the 130-year-old structure needed to be closed for 32-months. With extended hours of admission, the 555 foot-tall landmark (169m), is once again offering tourists, free of charge, one of the best panoramic views in the world.

“It really is an engineering marvel,” said Al Roker on the TODAY show, reporting from the opening ceremony in D.C.. “It is built the way the pyramids were. There’s no reinforcing steel structure, there’s no mortar used to hold this together. It is the weight of the stones that actually keeps that together.

David Rubenstein, who founded a global private equity investment firm in D.C., paid for half of the $15 million repair bill, with public funds allocated by Congress to cover the remainder of the restoration. The 5.8 magnitude earthquake left 150 cracks in the structure, some leaking rain, and most of them at the top, where the masonry is only seven inches thick.

“David’s support of the national parks and the work of the National Park Service sets a high standard for park philanthropy nationwide,” said National Park Service Director Jonathan B. Jarvis. “It is appreciated by every visitor who will learn something about President Washington or simply enjoy the view from the top.”

Built to commemorate George Washington, the first American president, the monument, made of marble, granite, and bluestone gneiss, is both the world’s tallest stone structure and the world’s tallest obelisk, standing 555 feet 5 1⁄8 inches (169.294 m) tall. Taller monumental columns exist, but they are not all stone.

Construction of the monument began in 1848 with a cornerstone laid on July 4, 1848. Work was halted from 1854 to 1877, because of a lack of funds, and the intervention of the American Civil War. A difference in shading of the marble, visible approximately 150 feet or 27% up, shows where construction was halted. Its original design was by Robert Mills, an architect of the 1840s, but his design was modified significantly when construction resumed. The capstone was set on December 6, 1884 and the completed monument dedicated two months later. Upon completion, it became the world’s tallest structure, a title previously held by the Cologne Cathedral. The monument held this designation until 1889, when the Eiffel Tower was completed in Paris, France.

To see more photos, visit the Facebook page of the non-profit, Trust for the National Mall