Home All News Inspiring 25 Years After Woman Gave Favorite Childhood Book to Charity, She is... 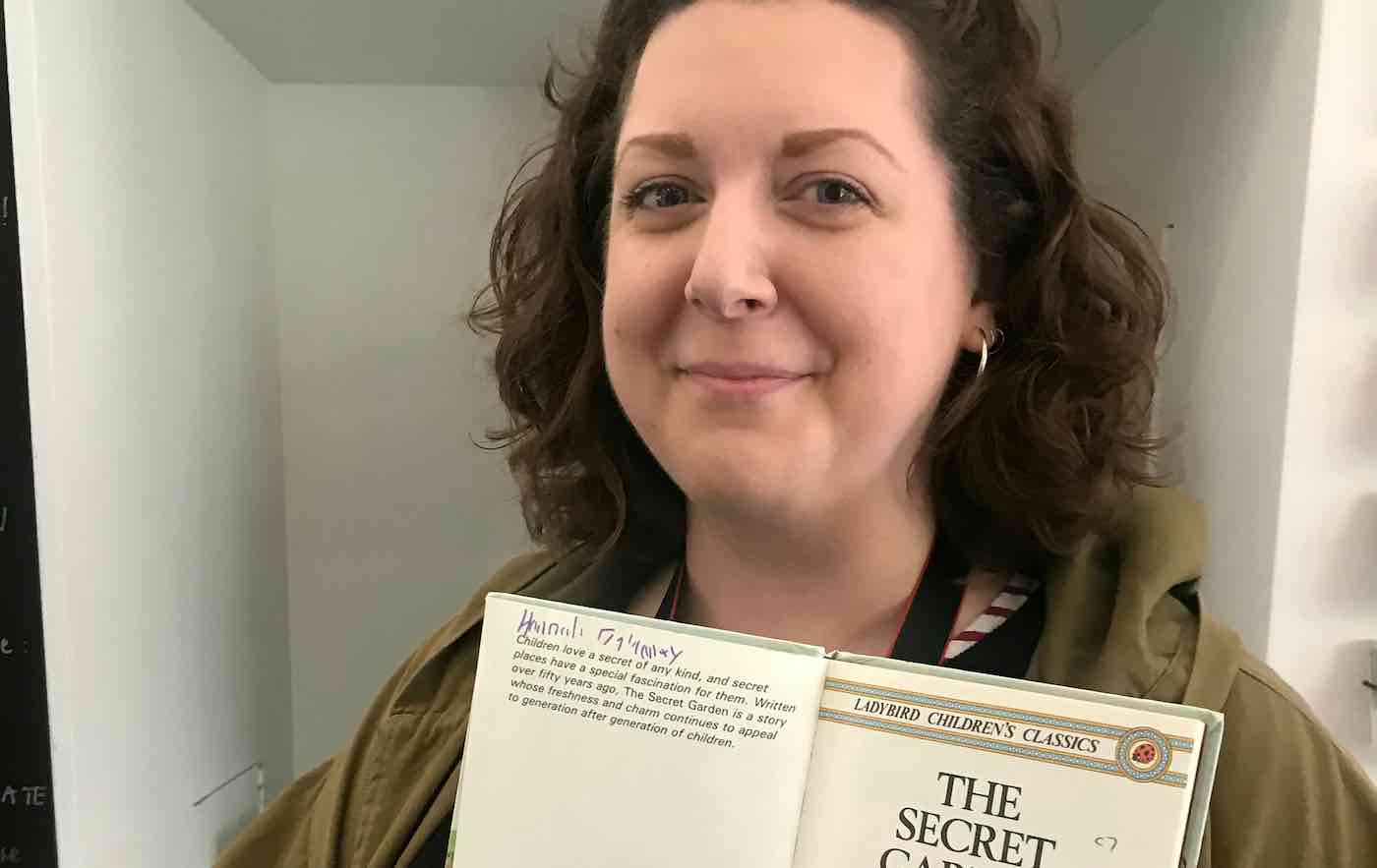 It has been 25 years since Zoe Andrews gave away her favorite childhood book to charity—so imagine her surprise when she recently found the very same copy in a museum shop.

Even though Zoe and her sister Hannah loved Frances Hodgson Burnett’s “The Secret Garden” as children, they eventually outgrew the classic novel and gave it to an Oxfam charity shop, leaving Hannah’s name in “hieroglyphics” on the front cover.

The book was then forgotten for about a quarter of a century until Zoe saw a copy of it in the second-hand store at the The Museum of English Rural Life in Reading, England.

Upon picking up and opening the book, Zoe recognized her childhood doodles within the pages and realized it was her own long-lost copy.

MORE: Simple Mistake in the Kitchen Turns into Sweet Success for a Homeless Veteran

The museum had purchased the family’s copy of the book in order to re-sell it, which Zoe promptly bought back for 50 pence.

“I thought ‘oh wow, I had this book,’” recalls Zoe. “As I held it, I just felt like it was my old copy. It’s hard to explain—and probably sounds a bit naff—but it just did.

“I was on my own but I said to myself ‘if this is my copy, it will have some writing on the inside.’ I was thinking this as I turned the page to see my old handwriting, Hannah’s name, and a bunch of symbols which I recognized as being from my hieroglyphic obsession.

“I stood there dumbfounded. I texted my mother immediately. I thought ‘well, I have to buy it—it’s meant to be.’

“It’s a very bizarre feeling to find something you loved as a child and to think of its journey,” she continued. “How many other children owned and read that book? Did they ever wonder who Hannah was?

LOOK: After Exhausting Day of Hard Work, Two Friends Find Fridge Full of Cold Beers in the Middle of a Field

“I always loved the story and when I reflect on it now it really is a fantastic story about strength and well-being.”

The story sparked a cheery response on social media, with others sharing similar tales.

“The reaction through the museum’s Twitter page has been incredible,” says Zoe. “It has been so lovely to see the reaction of people and so many other stories where old books, possessions have turned up years later. I love the serendipity of it.

“After three weeks of feeling very under the weather, it was a perfect pick me up. And now it’s back on my book shelf, where it will stay.”

LOOK: Nine Years After Mother’s Death, Man Has Amazing Encounter With Yellow Butterfly Right When He Needed It

Danielle Eade, who works at the museum, told BBC: “Zoe almost didn’t tell us the story behind it.

“When she did, I couldn’t let her leave without finding out more and asking her for a photo. It was such a lovely and heart-warming tale.”