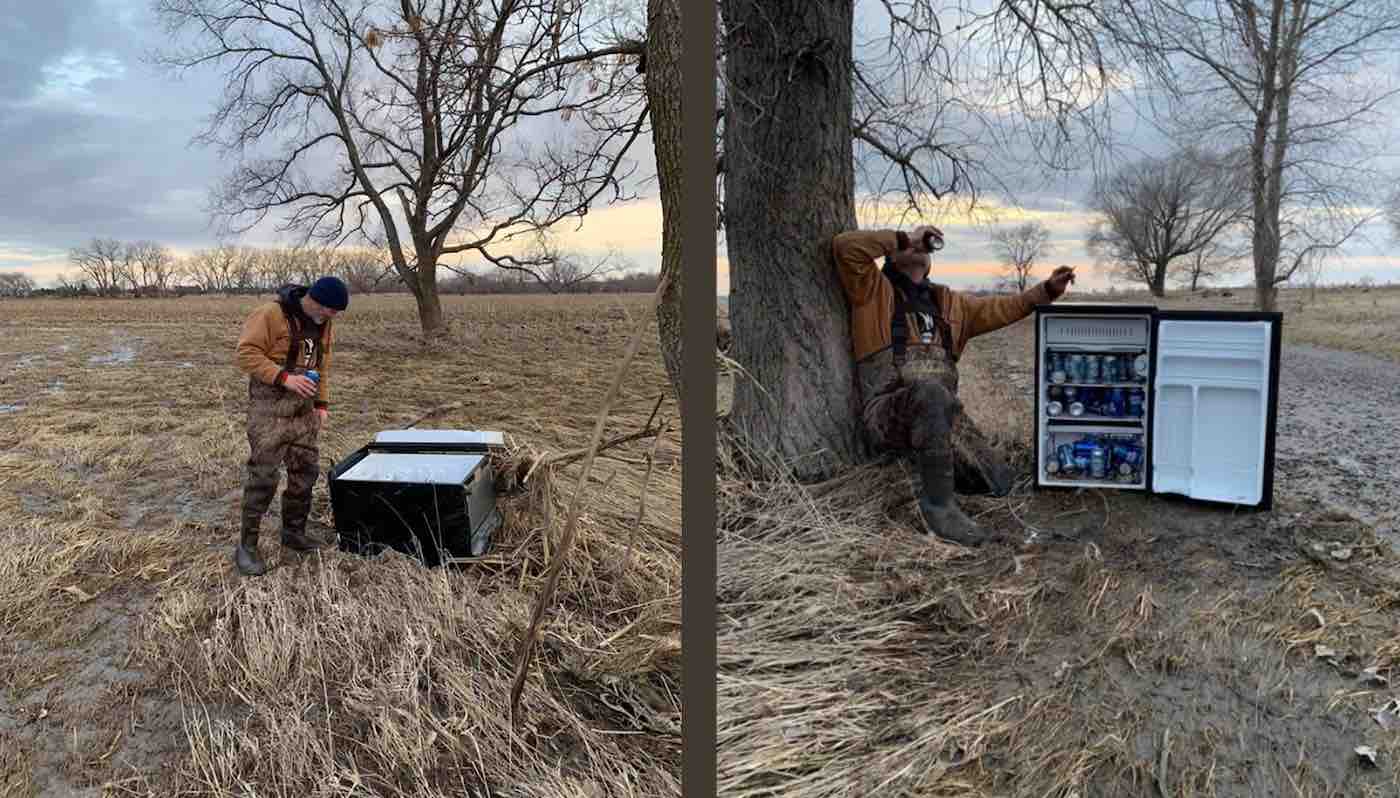 View of the Platte looking west near the confluence with the Missouri River. #NebraskaFlood #NebraskaStrong pic.twitter.com/uw9ehgdicF

These two friends from Nebraska received the most unexpected reward for spending their weekend cleaning up in the aftermath of the state’s recent flooding.

Throughout the week, various Midwestern regions have been experiencing historic levels of floodwaters.

Kyle Simpson’s crop of land in Lincoln, Nebraska is just one of the properties that was flooded by the Platte River nearby. Thankfully, the cabin that Simpson built on the land is perched on top of stilts that saved it from the waters.

That being said, he and his friend Gayland Stouffer spent their entire Sunday cleaning up the muck and debris from his cabin property.

Exhausted from their day of labor, they had just started wading back through chest-high floodwaters in order to get back to their car when Stouffer saw what looked like a refrigerator tangled up in some foliage.

Stouffer hiked the 50-foot distance between him and the fridge and was stunned to find that it was filled with beers. Not only that, they were ice cold.

“It was a gift sent from the heavens,” Simpson told the Lincoln Journal Star in disbelief.

For those of you that don't know, our state of #Nebraska is going through record flooding. Sometimes though, the world sends you a break. These guys went to their #DuckCamp and found a fully-stocked #BeerFridge. #NebraskaStrong #Flood2019 pic.twitter.com/t8FvdqVQ3g

The two men could hardly believe their luck, but they decided to go ahead and crack open a few cold ones as rewards for their long day of hard work.

Simpson and Stouffer drank a few beers, snapped some photos of their fortunate find – one of which was Simpson’s first ever selfie – and later posted them to a Nebraska Facebook group.

Within hours, their photos had been shared thousands of times until they eventually resurfaced on the newsfeed of Brian Healy, the refrigerator’s rightful owner.

Healy recognized the little appliance from his own cabin located 4 miles upstream – especially after he noticed that the fridge’s contents contained a mixture of his family’s favorite brews.

In addition to surviving a cabin fire in 2007, the brave little fridge somehow managed to survive the floodwaters as well. Healy and Simpson have since been in contact with each other, and Simpson has promised to return the fridge so that it can live to fight another day in the future.