Home All News Inspiring 100,000 Dogs Have Sent Love Letters to a 7-Year-old Girl Fighting a... 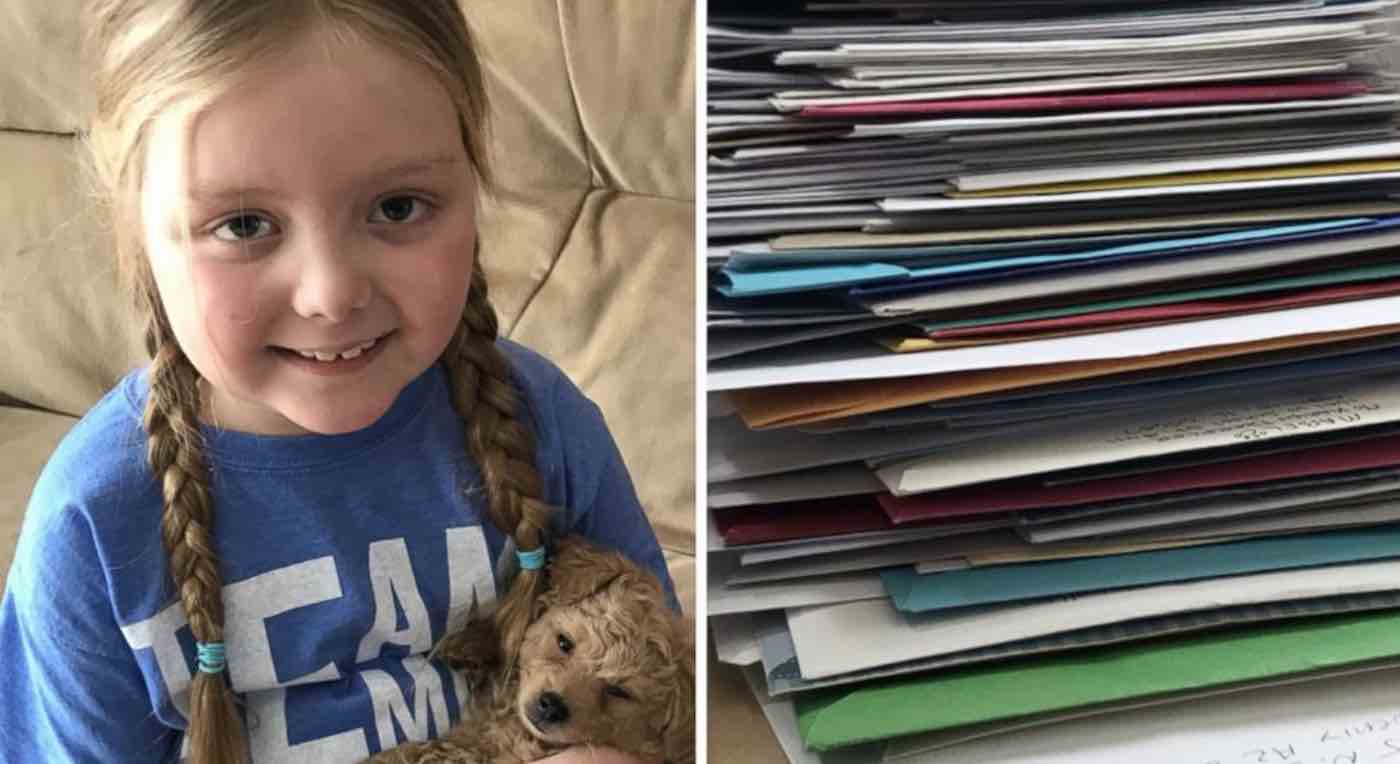 Dogs may not have the proper appendages to type out heartfelt messages on the internet, but over 100,000 pups have sent letters of love to a 7-year-old girl with an inoperable brain tumor.

Mail first started pouring in for Emma Mertens after she was diagnosed with a rare and aggressive kind of tumor called diffuse intrinsic pontine glioma (DIPG) back in January.

Though Emma is described as being a brave young fighter and an avid dog lover, a family friend made a social media post shortly after her diagnosis asking their followers to send her letters and dog pictures as a means of lifting her spirits.

Emma’s father, Geoff Mertens, says that the response to the post has been overwhelming.

“Without us even knowing, a friend of ours had about a dozen friends send in pictures, and at some point it just took off,” Geoff told the Milwaukee Journal Sentinal. “I have no idea who made that post, [but it’s] been shared over and over.”

Thousands of compassionate canines from all over the world have “written” letters, emails, and social media messages of encouragement and love.

The Mertens family started receiving so many messages, they had to set up a new post office box and email address in order to accommodate the flood of love letters to their home in Hartland, Wisconsin.

Geoff guesses that they have been receiving roughly 2,800 emails every hour – and snail mail by the truckload.

MORE: Anonymous Love Letters Lift the Spirits of Anyone Signed Up on Website

“I’ve stopped counting, but we were at 20 different countries at one point and every state,” Geoff told the news outlet. “We’ve gotten pictures from Australia, Venezuela, Japan, Italy, Russia — and actually a lot from Scotland and the Netherlands for some reason.”

Furthermore, a GoFundMe campaign that was set up for the Mertens family has raised over double its original goal with over $108,000 in donations and counting.

The money, which will help to pay for Emma’s medical expenses, will also allow Emma’s mother to stop working so she can care for her daughter.

Though DIPG is an aggressive cancer, Emma is going in for her second surgery, and her family is optimistic that their newfound emotional and financial support will help them pull through.

Because the family has received so much mail, however, they have since set up a Facebook page for people to post their dog photos.

“If you knew Emma, she’s the most kind, big-hearted girl,” Geoff told Good Morning America. “To see so many people take a few minutes out of their day to put a smile on her face is overwhelming.”

(WATCH the news coverage below) – Feature photo by Geoff Mertens