Home All News Inspiring 86-year-old With Dementia Snuggles Up to Mall Santa – and Makes Everybody... 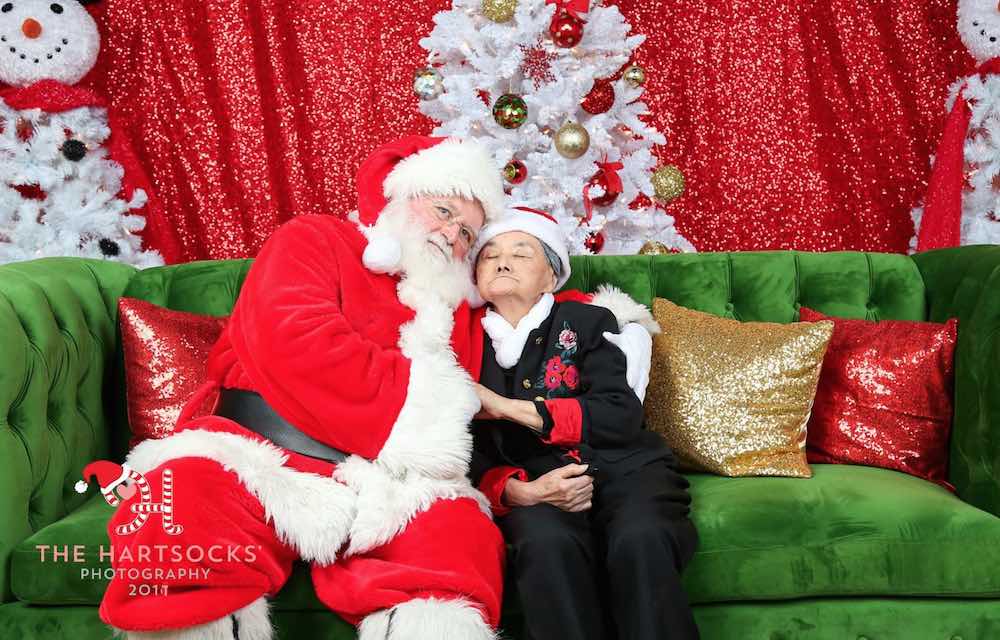 An Albuquerque Santa is still wiping his eyes after a photo shoot with an elderly lady whose dementia brought her back to the childhood emotions of Christmas.

Karen Rangel, who was diagnosed with Alzheimer’s in 2014, arrived at the mall with her children and grandchildren to sit for a holiday portrait. The resulting photos are a beautiful reminder that memories never die—even in someone with dementia.

The staff at Hartsocks’ Photography, along with the family, decided to share the images on Facebook, exclaiming, “Karen absolutely loves Santa!”

They reported that she’s been a super-fan her whole life and would even “flirt with him” as an adult when she still lived on her own.

“Karen has a special Santa doll she sleeps with. She doesn’t talk too much these days, but enjoys speaking to her Santa doll in Japanese.”

POPULAR: 102-Year-old Thinks His Whole Family Died in WWII Until He Meets Nephew He Never Knew He Had

So, her loving family arranged for her to meet with Santa at the New Mexico studio on December 7.

“He gave her a special gift, a handmade Busy Blanket created just for her!” wrote Hartsocks’ Photography on their Facebook page.

While sitting on the green plush sofa, she told him that she loves him and remembers visiting him before. 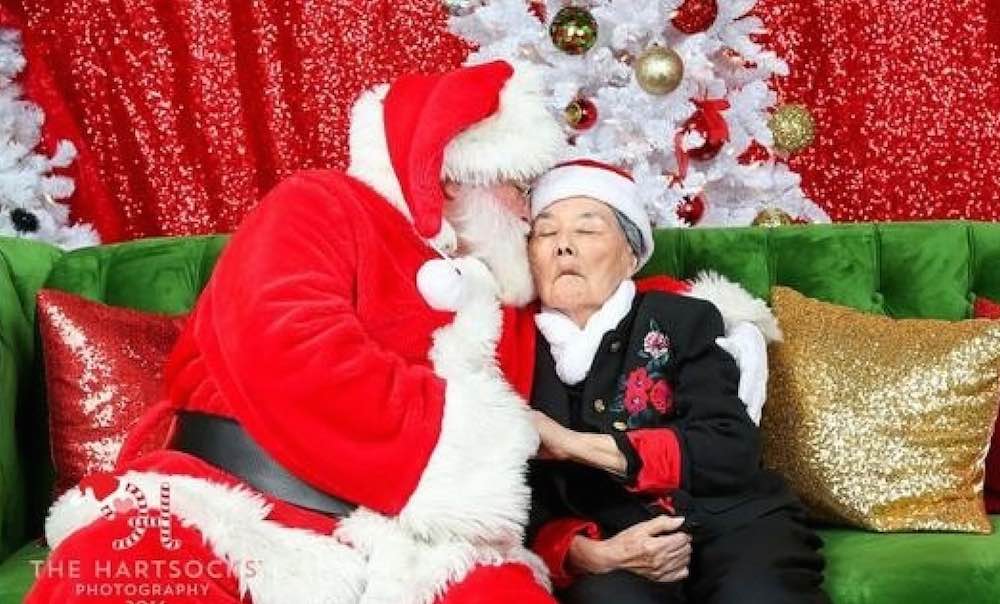 “Every time Santa got close to her, she would nuzzle in and close her eyes as if there was no place she would rather be. It was so sweet and emotional for Santa and our whole staff.”

Santa held it together through the shoot, but when he saw her walk out the door, he cried.

A true story of the magic of Christmas and the spirit of Santa that lives in all who once believed.

Don‘t forget to Share the Spirit of the Season, Or,  –Photos used with permission

MORE: Officer Surprises Boy Who Calls Police Over His Fear That the Grinch Will Steal Christmas