Home All News Laughs After Boy Calls Police to Order ‘Happy Meal’ for His Sister, Officer... 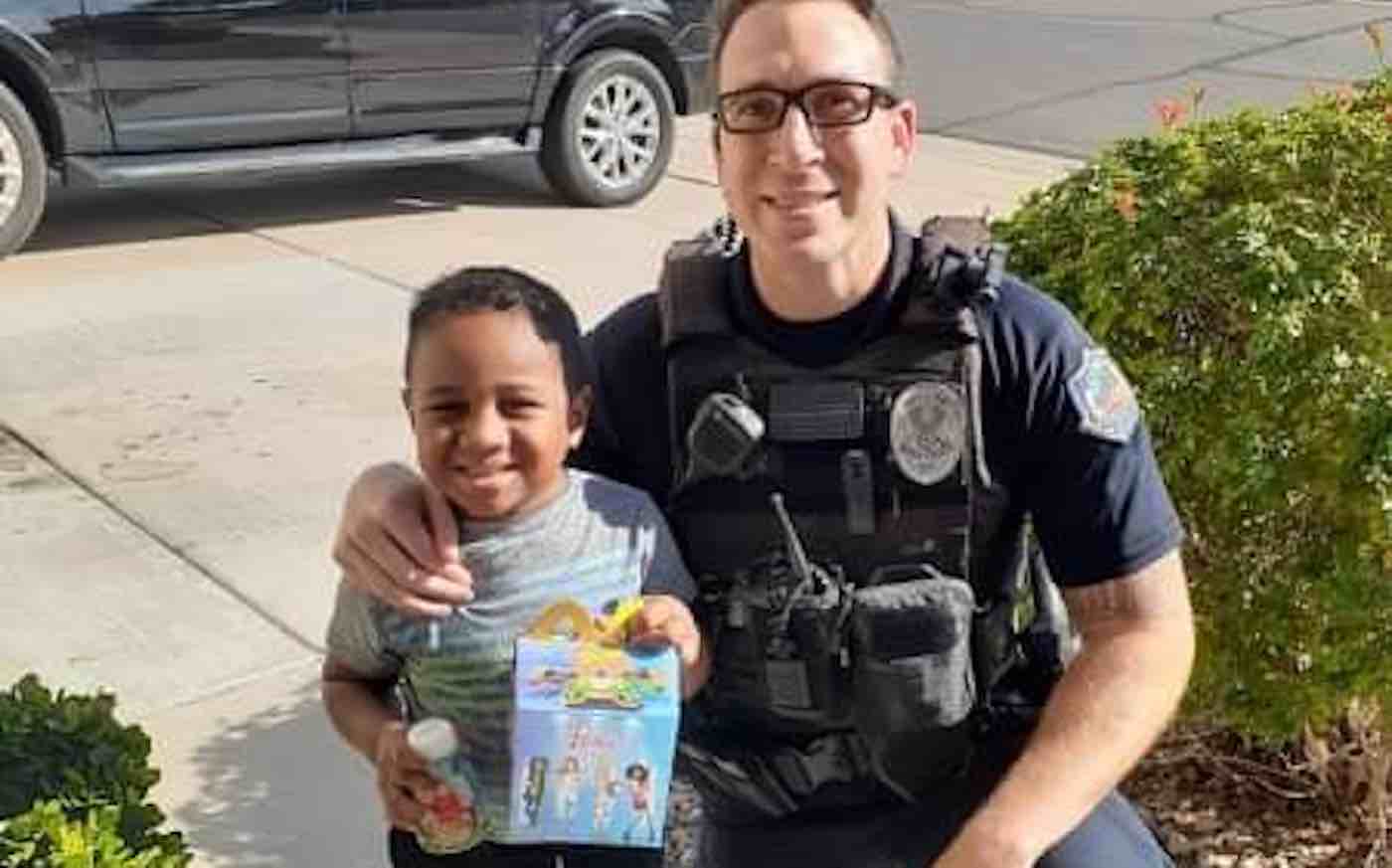 This police officer took his vows to ‘serve’ the public to a whole new level after a little boy dialed 911 to order food for his sister.

In an adorable audio clip that was released by the department on social media, Charlie can be heard asking the police dispatcher if he is currently speaking to McDonald’s. When Bonilla tries to tell the youngster that he is not a fast food representative, Charlie simply asks for a Happy Meal before hanging up the phone.

Bonilla then calls back and asks to speak to Charlie’s father. Upon explaining the conversation to Mr. Skabelund, the two men share a hearty laugh and Bonilla says that an officer would be stopping by to make sure that there wasn’t an emergency.

Fifteen minutes later, the Arizona family is visited by Officer Randolph “Scott” Valdez—and Charlie was delighted when the policeman handed him a Happy Meal from McDonald’s.

Though Valdez was more than happy to deliver the food, he also took advantage of the opportunity to officially explain to Charlie when it was appropriate to call 911.

“Officer Valdez was really sweet and went over the rules with Charlie about when you’re supposed to call 911, ” Charlie’s mom Kim Skabelund told TODAY. “He explained how if he’s busy bringing Happy Meals to kids, he can’t help people who really need him. He couldn’t have been nicer.”

LOOK: Read the Adorable Job Application That a 7-Year-old Boy Sent to His Local Police Department

Kim’s heart swelled when she also discover that Charlie had specifically ordered the food for his little sister Jaydn.

“He’s always looking out for Jadyn.”

(LISTEN to the sweet audio exchange below)