Home All News Science Apes Appear To Have Potential For Human Speech: Study 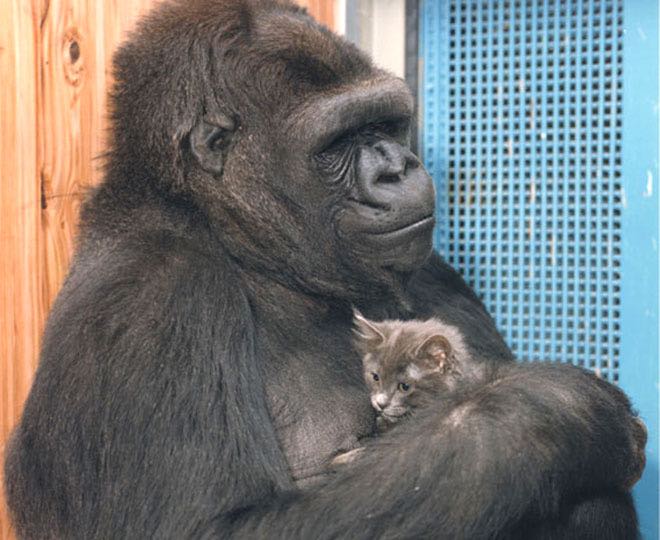 New research suggests that people may not be the only primates with the ability to speak.

Scientists from the University of Wisconsin made that conclusion after watching Koko, a gorilla that’s lived with humans for more than 40 years and is best known for having learned sign language.

Researcher Marcus Perlman noticed that Koko was able to perform voluntary behaviors that required control over her vocalization and breathing – learned behaviors like playing an instrument, blowing her nose into a tissue and coughing on command. Nothing special for humans but impressive for a gorilla.

“She doesn’t produce a pretty, periodic sound when she performs these behaviors, like we do when we speak,” says Perlman a postdoctoral researcher at University of Wisconsin-Madison. “But she can control her larynx enough to produce a controlled grunting sound.”

So will Koko and her fellow primates eventually be able to speak to each other, and us? Don’t start picturing Planet of the Apes just yet.

“Koko shows the potential under the right environmental conditions for apes to develop quite a bit of flexible control over their vocal tract,” says Perlman. “It’s not as fine as human control, but it is certainly control.”

In other words, apes appear to have the foundation for human speech, just like humans had about ten million years ago.