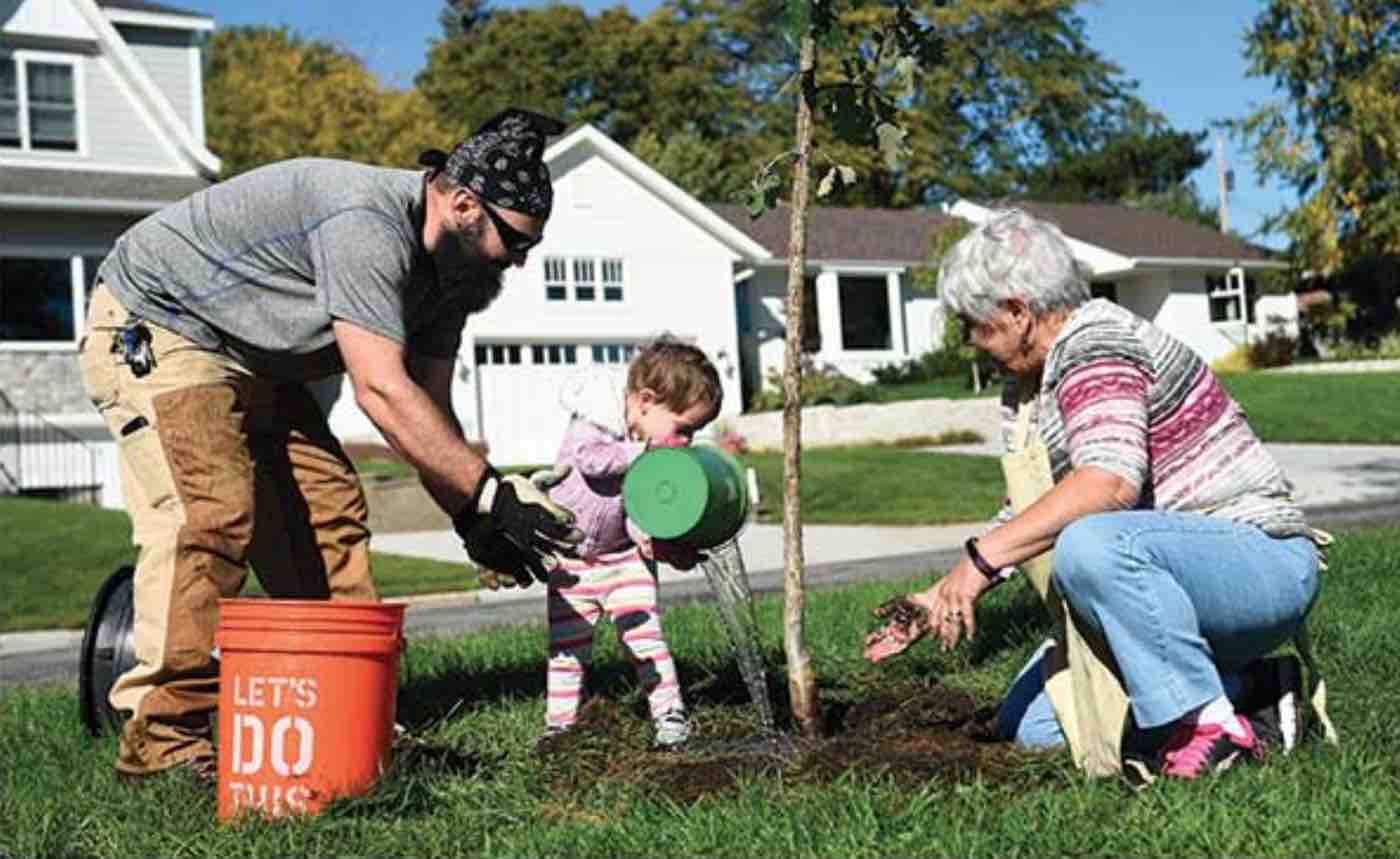 This groundbreaking new initiative seeks to plant 100 million new trees around the world by 2022.

The Time for Trees campaign was recently launched by The Arbor Day Foundation, which is the largest US-based nonprofit dedicated towards planting trees.

“It can be easy to take trees for granted, but they are absolutely critical to maintaining balance on our planet—supporting clean air and water, healthy food and a livable climate,” Arbor Day Foundation President Dan Lambe said in a press release.

Once completed, the Time for Trees initiative – which is the foundation’s largest tree-planting undertaking yet – would have a multitude of benefits on the planet’s health and sustainability.

RELATED: NASA Happily Reports the Earth is Greener, With More Trees Than 20 Years Ago–and It’s Thanks to China, India

Collectively, 100 million trees would annually absorb 8 million tons of carbon – the equivalent of taking 6.2 million cars off the road for one year. The trees would also filter 15,850 tons of microscopic airborne particulate matter out of the air, which is enough to fill nine Olympic-sized swimming pools.

Additionally, the trees could intercept and filter 7.1 billion cubic meters of water runoff and remove 578,000 tons of chemical air pollution from our atmosphere.

The Arbor Day Foundation hopes to plant the trees in a wide range of ecosystems, particularly tropical rainforests, but they will also focus on towns and cities that have lost trees due to extreme weather disasters, diseases, and over-development.

MORE: People Have Passively Planted Over 30 Million Trees Simply by Surfing the Web

Though 100 million trees is an ambitious goal, the charity is now recruiting new Arbor Day Foundation members to receive 10 free trees to plant in their yards. The foundation hopes that this community-driven branch of the project will help to restore the earth’s forests and inspire people to make meaningful change in the world.

“By restoring tree loss around the world, we’re making a significant investment in our collective future—paving the way for the health and well-being of people in this and future generations,” said Arbor Day Foundation President Dan Lambe. “We cannot wait another day to take action—the time for trees is now.”