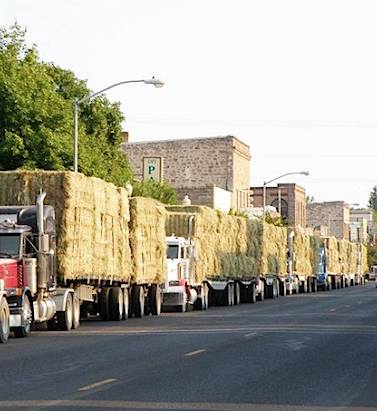 Community-minded Aussies are baling out farmers in Northwest Queensland who are faced with the choice of slaughtering their animals in the midst of massive draught and food shortages. Cash, fuel and bales of hay are on their way: The farmers now only need to ask.

A joint venture between Aussie Helpers and The Give Back Campaign launched last week has taken off, with about $1.5 million in cash and supplies being donated already through the Buy a Bale campaign.

“The need is critical as Queensland suffers under a massive combination of no export of their cattle, drought, no wet season and bush fires which burnt their feed,” according to Brian Egan, head of Aussie Helpers.

Donations can be made by visiting www.buyabale.com.au

(READ the story and hear an interview at ABC.au)