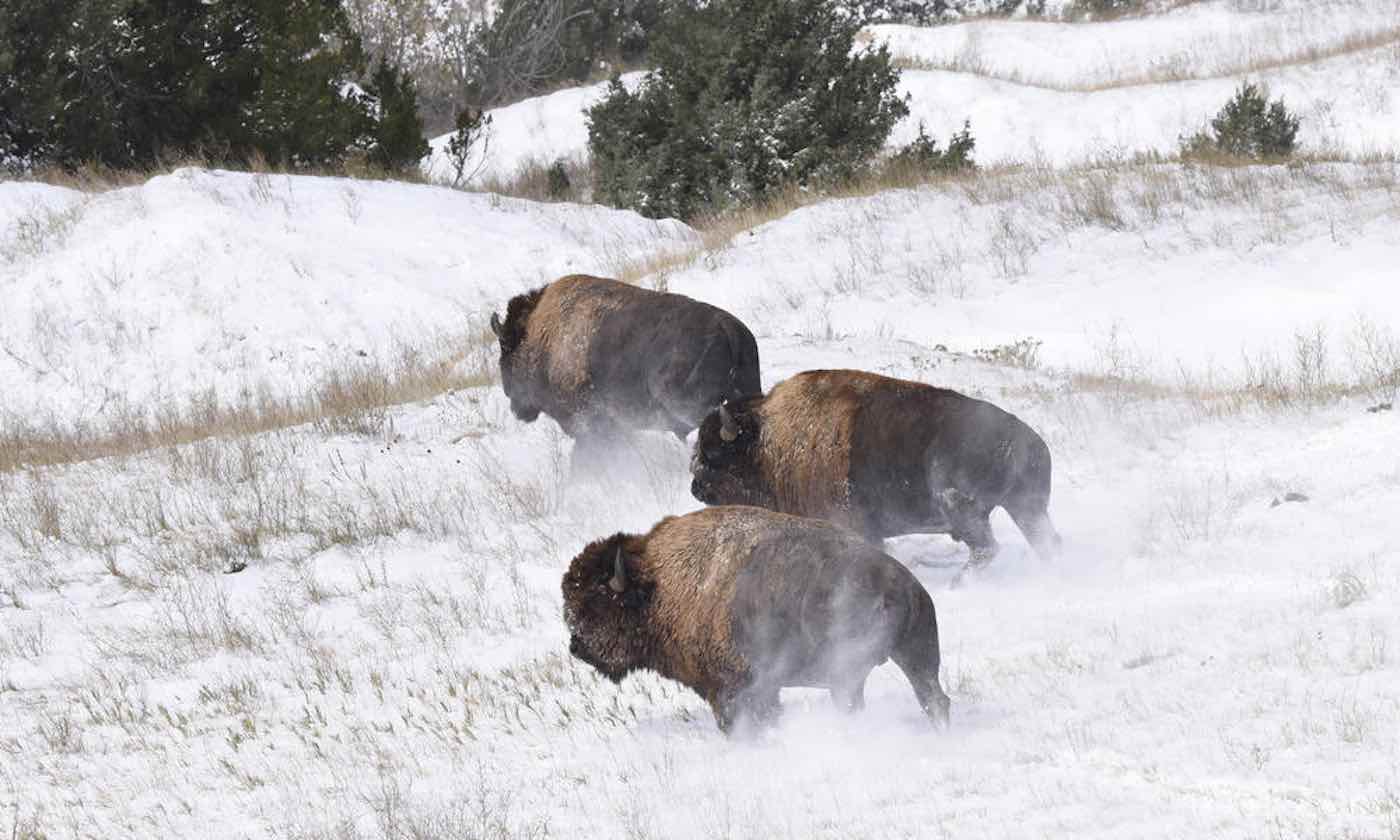 There was once a time when bison roamed freely in huge numbers across the Great Plains. An estimated 30 million bison in the 1500s dwindled dramatically to less than 1,000 on the continent by the late 1800s.

Conservation efforts in Badlands National Park began during the 1960s when 50 bison were reintroduced to the park, followed by an additional 20 bison in the 1980s. Today, the population has reached approximately 1,200, but officials wanted to give the animals more land so they could migrate.

In 2014, the Badlands Park worked with the National Forest Service and WWF to purchase an additional 22,000 acres of bison habitat in a land swap with its neighbor, the Don Kelly Ranch, that would free up more open territory for bison migration. But fences had to be built to keep the animals from roaming onto neighboring ranches.

After completing 43 miles of new fencing, on Oct 11, bison were reintroduced on the property—for the first time in 150 years. The spectacular sight of four majestic mammals galloping onto the land was described in a WWF blog post:

The door of the gooseneck trailer clanged open and for a moment, the only sound was a lacerating wind whipping snow across the plains and canyons of Badlands National Park. A slew of onlookers waited in hushed anticipation. And then—as though a signaling bell chimed—four massive, majestic bison barreled through the opening and into the wild.

“Bison are North America’s largest and most iconic mammal,” said Martha Kauffman, managing director of WWF’s Northern Great Plains program. “The project has touched the imaginations of people across the US, and the matching dollars that WWF has provided wouldn’t have been possible without the generosity of our supporters.”

This project has provided the bison more than 80,000 total acres to roam within the park.  Officials hope that their continued conservation efforts in the Badlands will achieve the mission of bringing the species back to its former glory.

(WATCH the WWF video of the exciting moment below…)