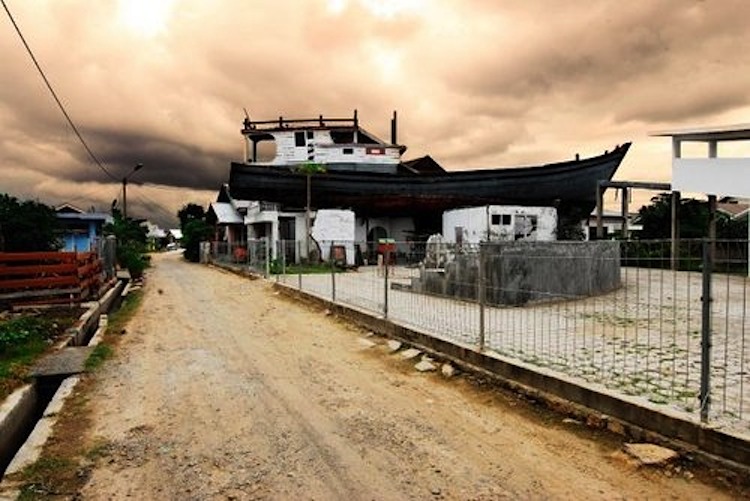 When a tsunami swept through Banda Aceh in Indonesia in 2004, the Basyariah family became trapped on the top floor of a house – the water was up to their necks and rising fast. But they launched an amazing escape when a boat appeared and became lodged on the top of their roof.

Today, among the newly-built homes in Lampulo village you will still find an extraordinary sight: a huge fishing boat perched atop two houses.

During the village’s reconstruction the 75ft-long wooden vessel was preserved right where it landed, as a reminder of nature’s power and a beacon of hope.

CHECK Out: Girl Swept Away in Tsunami 10 Years Ago Reunited With Family

It has also become a popular tourist attraction, which has boosted the revenues of local businesses.

One of the people saved that day by the appearance of the ‘Noah’s Ark’, was local businesswoman Fauziah Basyariah, who told the BBC, “If it had not been for that boat we would all have drowned because none of us could swim.”