Home All News Heroes Watch Bus Driver Intervene When Dog Was in the Hands of Dubious... 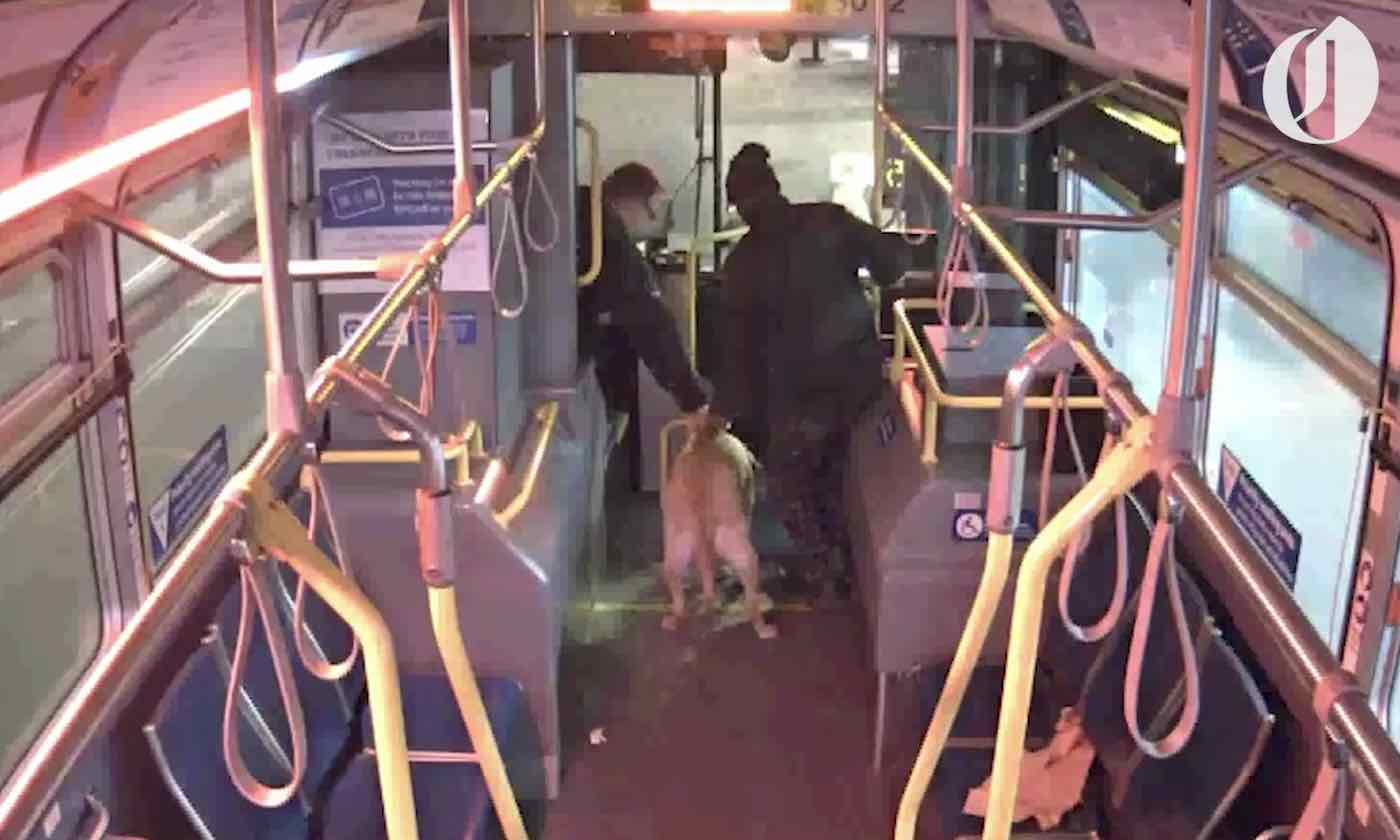 A compassionate bus driver is being praised for rescuing an elderly dog and returning it to its family after it was taken by a stranger.

Mike Thomas was driving down a highway in Portland, Oregon when he saw a man walking in the middle of the road with a dog.

The car ahead of Thomas veered into the oncoming lane in order to avoid the man, but Thomas slowed to a stop and turned on his hazard lights.

To his surprise, the man started boarding the bus like he was at a designated TriMet bus stop – except he was leaving the dog in the road.

Thomas asked if the dog belonged to the man and he said “Yes, but he’s okay.”

Thomas then insisted that the man could not just leave the dog in the middle of the road and he had to bring it on board, regardless of TriMet rules.

As he continued on his route, Thomas kept an eye on the man and became suspicious. For starters, he overheard the man offer the dog to another female passenger. Upon catching a glimpse of the dog’s collar, Thomas also saw that its name was Cooper – but when asked, the man did not know the dog’s name.

As it turns out, Cooper was a 14-year-old canine who had been in the Murphy household since he was a puppy – and his owners were distraught over his sudden disappearance from their home.

When the man was finally preparing to get off at a bus stop with Cooper in hand, Thomas firmly took hold of the dog’s collar and said that he would be returning the canine to his family.

Though the situation could have turned into a tragedy without Thomas’s intervention, TriMet surveillance footage shows that Cooper was simply enjoying the ride.