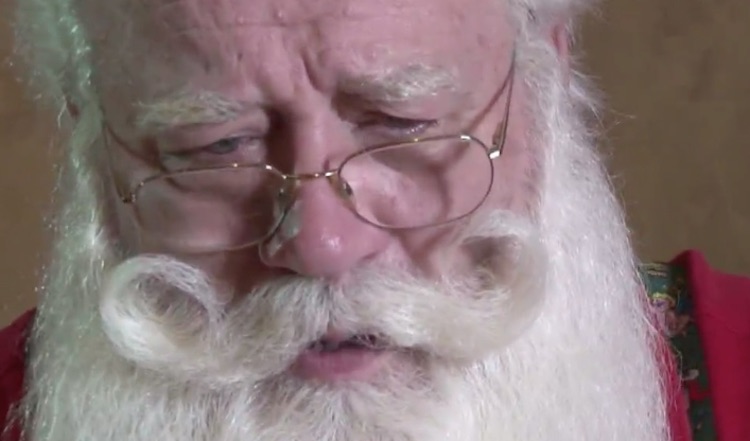 This professional Santa Claus has spread a lot of Christmas cheer in his time – but his most recent visit, though it was definitely the hardest to make, was also the most important of all.

Eric Schmitt-Matzen of Knoxville, Tennessee had just gotten home from work when he got a call from the local hospital saying that a terminally ill 5-year-old boy was asking for Santa Claus.

Eric, who has already been donning the Santa suit for years, said he could be there in 15 minutes

When he arrived, he introduced himself to the family members who explained the situation accordingly. They handed Eric a wrapped present to give to their son and sent him into the room.

“He was more concerned about missing Christmas, than dying,” Schmitt-Matzen recalled to WBIR 10News. “When I got there, it was my job to make sure he got Christmas.”

The two talked for a little while about Christmas and heaven until the boy asked “how can I tell when I get to where I’m going?” Eric responded by telling the boy that whenever he got there, he should just say that he was Santa’s number one elf and he would be just fine.

MORE: Man Honors Kids After Finding 100-yr-old Letters To Santa in His Chimney

The boy reached out to give Santa a hug – and after giving one last embrace, he passed away in Eric’s arms.

Eric reportedly has had a hard time getting over the incident, but he says that he will not hang up his Santa suit in the future. Instead, he’s going to continue working to spread Christmas cheer to those who need it most.

[Note: due to a lack of second source, Eric’s story has been called into question – however, the Santa impersonator stands by his story and insists on its accuracy.]