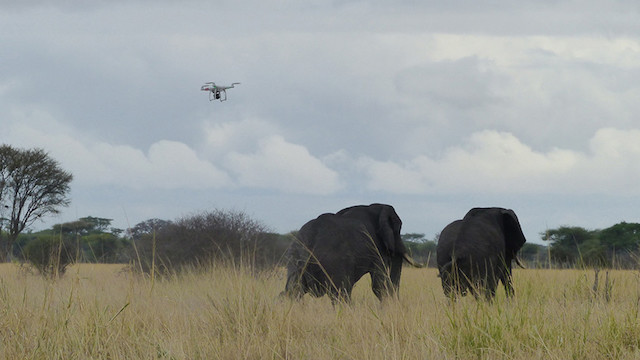 A new use of hobby drones have had revolutionary results in mitigating human-elephant conflict in Tanzania.

Elephants are notorious for wandering away from protected spaces and national parks in search of newly-grown crops. One hungry mammal can be devastating for a farmer’s crop, leading some to throw stones, poison, and attack the elephants. Some have even allowed poacher intervention in order to eliminate the threat of crop damage.

In a study published by several wildlife protection organizations, however, the employment of remote-controlled drones has had 100% success rate in effectively herding elephants away from nearby farms.

The research team deployed 10 unmanned aerial vehicles piloted by five trained teams of wildlife managers in high-risk zones. When elephants heard the sound of the machine, they consistently fled in the opposite direction of human settlements.

The cost of five teams controlling 240 square miles was estimated to only cost $15,500 for 1 year, and all drones remained operational for the duration of the study.

“We’ve stressed the importance of data collection throughout this project,” lead author Nathan Hahn from Resolve’s Biodiversity and Wildlife Solutions said in a press release. “There is sometimes a tendency to overstate the power of new technologies, and we wanted to fairly assess the utility of the drones for moving elephants out of crops and other areas. The results are very positive and show that UAVs can be an effective, flexible way for wildlife managers to deal with human-elephant conflict.”

Click To Share The Big News With Your Friends (Photo by Jonathan Konuche, Biodiversity and Wildlife Solutions)