Home This Day In History Good News in History, April 11 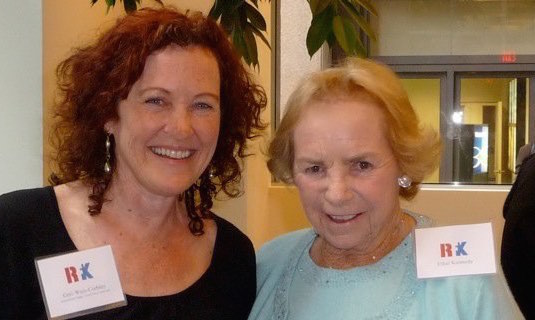 Happy 91st Birthday to Ethel Kennedy, the human rights campaigner and widow of Senator Robert Kennedy. She was with “Bobby” at the hotel when he was assassinated during his run for president in 1968. Soon after her husband’s death, she founded the Robert F. Kennedy Center for Justice and Human Rights, a nonprofit that works to realize RFK’s dream of a just and peaceful world… (1928)

Ethel raised 11 children, one of whom Bobby never met, and swore she would never remarry.

And on this day, President Lyndon Johnson signed the 1968 Civil Rights Act, which expanded previous laws prohibiting discrimination concerning the sale, rental, and financing of housing based on race, religion, national origin, sex, (and as amended, handicap and family status). 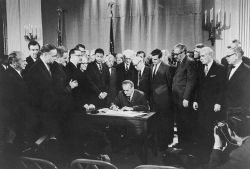 It also provided protection for civil rights workers. (The act perhaps spurred on by the killing of Dr. Martin Luther King Jr. one week earlier.)