Home This Day In History Good News in History September 16 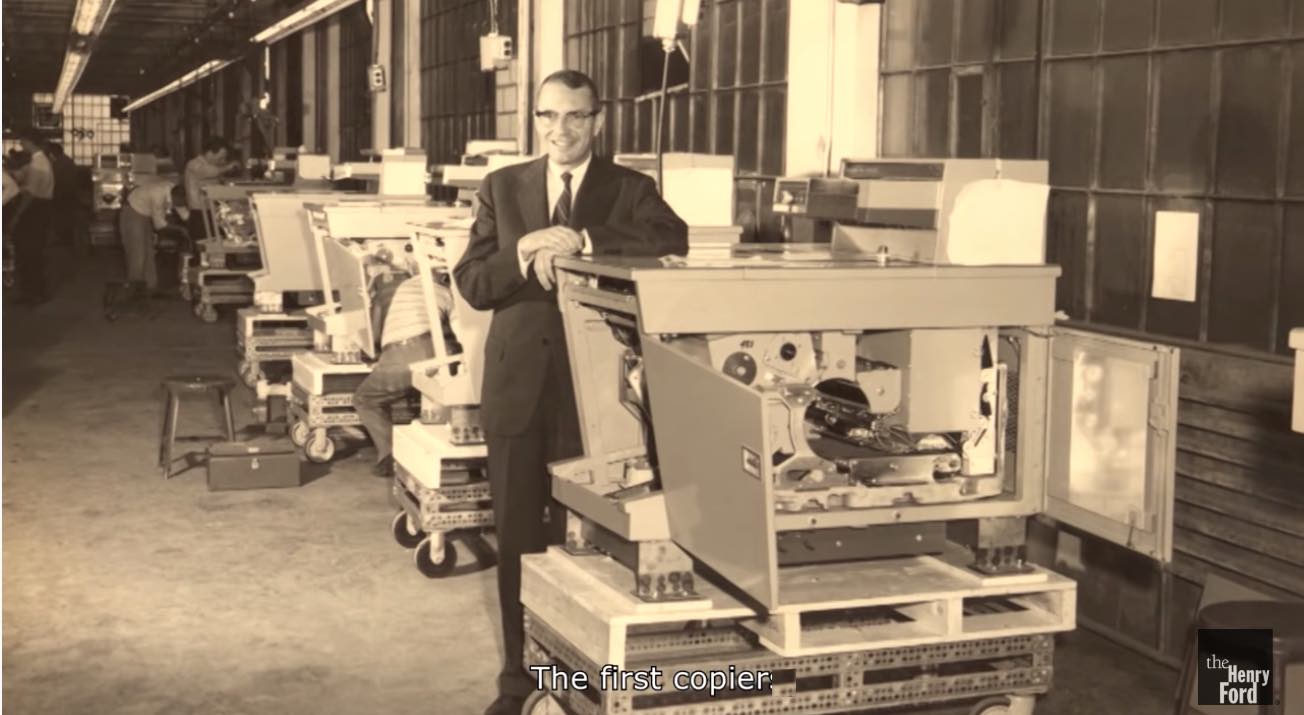 60 years ago today, the first successful photocopier, the Xerox 914, was introduced in a demonstration on live television from New York City. 20 years in the making, the large machine was the brainchild of Chester Carlson who called it electrophotography, which combined photography with electronics in the same machine.

Getting his start at Bell Labs, he was too clumsy for lab work, but came up with the idea for the photocopy machine. The Xerox 914, which could print 7 copies in one minute, was so successful that Carlson became quite wealthy from it, but he was more interested in giving his money away—and as a philanthropist, gave it all away before he died. WATCH a video to see how the traveling light beam works and why the paper is hot when it comes ‘off the press’… (1959)

And on this day in 1925, B.B. King, the quintessential Blues musician, singer, songwriter, and virtuoso guitarist, was born. When Riley B. King died in 2014, he was still performing for audiences.

Also, on this day in 1993, Frasier premiered on NBC. The TV sitcom ran for 11 seasons and remarkably won the Emmy for Outstanding Comedy Series for five consecutive years. Created as a spin-off of Cheers, the show focused on the frustrations of the psychiatrist Frasier Crane as he returns to Seattle and builds a new life as a radio advice show host while reconnecting with his salt-of-the-Earth father and pretentious brother. The show starred Kelsey Grammer, Jane Leeves, David Hyde Pierce, Peri Gilpin, and John Mahoney, and won thirty-seven Emmy Awards, breaking the record for a scripted series. Two things you might not know: Christopher Lloyd was a writer and producer on the show, and Grammer sang the show’s theme song, “Tossed Salads and Scrambled Eggs.”

And, on this day in 1946, David Copperfield was born in Metuchen, New Jersey. At age 12, he became the youngest person ever admitted to the Society of American Magicians and by 2013, he had won over 20 Emmy Awards. The high-profile magician became famous for making the Statue of Liberty disappear and appearing to walk through the Great Wall of China. WATCH a video in which he teaches you a magic trick with a dollar bill…