Home This Day In History Good News in History, January 21

105 years ago today, the Kiwanis club was formed in Detroit, Michigan, as a networking group for young professional businessmen, but it turned into so much more. Today, Kiwanis International is in 96 nations with 550,000 members who dedicate themselves to serving children and improving the world.

34 years ago today, the first National Hugging Day was celebrated, founded by a minister and social services worker in Michigan. 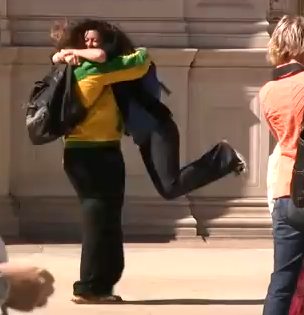 The Hugging Day website name “Most Huggable in 2006” Jana Doolittle of Clio, Michigan, a third grade teacher at Carter Elementary who asks her class daily “Does anyone need a hug today?” (Watch the popular Free Hugs music video)

And Happy Birthday to the smart, and sporty actress Geena Davis, who turns 64 today. 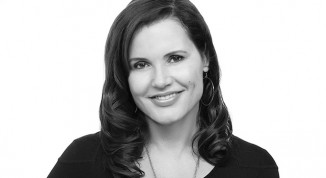 The actress, most known for her role in Thelma and Louise and A League of Their Own, won an Academy Award for Best Supporting Actress for The Accidental Tourist in 1988. The Mensa member who has campaigned for more and better women’s roles in children’s programming also fronts the Women’s Sports Foundation. Davis was one of 300 women who vied for a semifinals berth in the US Olympic archery team and placed 24th just two years after being introduced to the sport. In 2007 she was honored for her work on gender in the media, receiving the Hollywood Hero award – WATCH that video, here.  (1956) 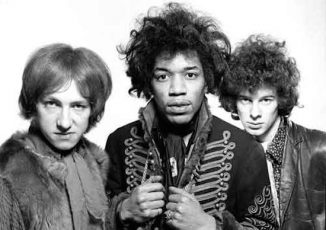 And, on this day in 1968, Jimi Hendrix recorded his version of the Bob Dylan song All Along the Watchtower. Sitting in on the session at Olympic Studios in London, just six months after Dylan’s original recording, were Brian Jones from the Rolling Stones and Dave Mason from Traffic. The single by the Jimi Hendrix Experience peaked at No.20 on the US charts and was ranked 47th in Rolling Stone magazine’s 500 Greatest Songs of All Time. WATCH him perform it live…