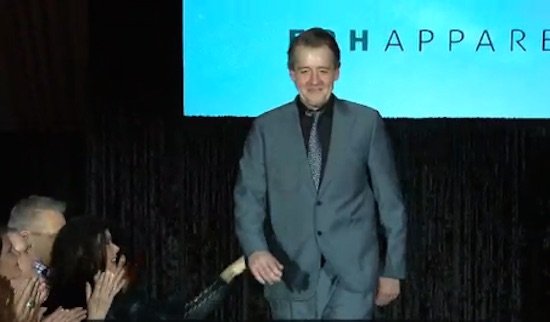 Six formerly homeless men in custom-tailored suits were given the chance to strut their stuff on the the catwalk as a way of raising money for the local homeless shelter that used to take care of them.

The Runway to Change fashion show fundraiser, created by two creative communications students from Red River College, not only raised thousands of dollars for the Main Street Project shelter in Winnipeg; it served as a huge self-esteem boost for its rehabilitated models.

The men, who used to live at the shelter before being helped to turn their lives around, are now in transitional housing programs – but they never forget where they came from.

“Behind the curtain there, I was very nervous when I started hearing the hooting and hollering, [thinking] ‘Oh my god, I don’t know if I can do this,'” one of the formerly homeless models told CBC. “I kind of loosened up.… It was a lot of fun.”