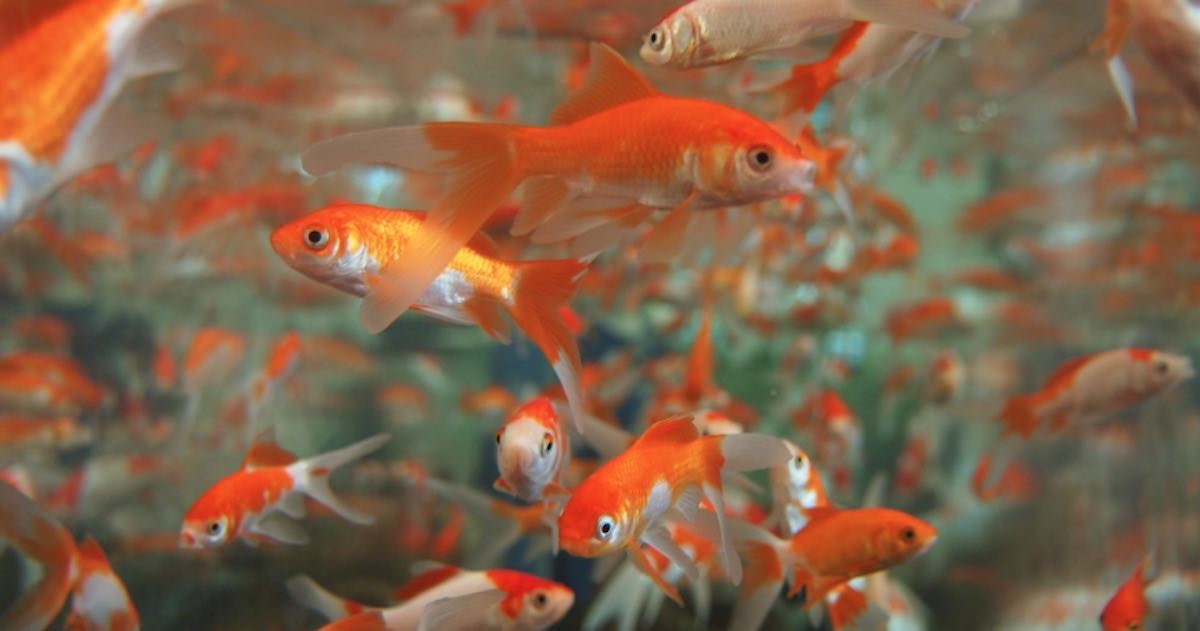 While most unwanted cats and dogs can find solace in an animal shelter, the same sanctuary is not often offered to unwanted fish.

Thankfully, the biggest aquarium in Paris is offering up a new home for surrendered fish.

The Aquarium de Paris has started taking in goldfish that can no longer live with their original owners.

With locals surrendering roughly 50 goldfish per month, the aquarium’s tank now accommodates about 600 specimens, many of which may have endured a worst fate if they had not been welcomed into their new home.

RELATED: Instead of Seeing Fireworks on Fourth of July, 200 People Spent Their Holiday Comforting Shelter Dogs

Upon arriving at the aquarium, the surrendered goldfish are given antibiotics and parasitic treatments to ensure they won’t harm the other fish. After one month of quarantine, they are transferred into the tank for public viewing.

The service offers a host of benefits – for starters, it discourages owners from flushing their oceanic pets down the toilet. It also keeps humans from dumping the fish into rivers, as goldfish are an invasive species.

LOOK: Comfy Armchairs Pouring in For Animal Shelter So Every Pet Can Have a Spot

Additionally, goldfish bowls that are smaller than 20 gallons (100 liters) can stunt the growth of the fish.

The fish that are surrendered to the aquarium will often grow up to 8 to 12 inches after being given the room to swim. They also tend to live longer thanks to their ability to socialize with their fellow fishies.

Animal rights activists are praising the service and hoping that other aquariums will follow example and give goldfish a second chance.