Home All News USA Good News on Jimmy Carter’s Cancer As He Continues Building Homes for... 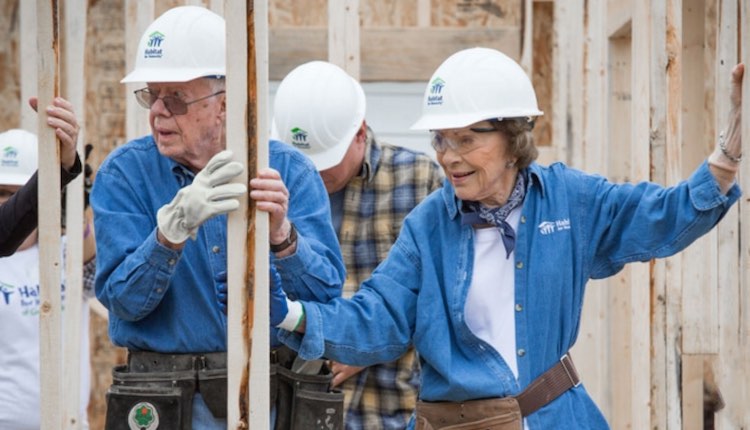 Former President Jimmy Carter’s cancer has been contained and he’s responding well to his treatments, according to his doctors.

The 91-year-old celebrated the positive news by going out and building another house for someone in need.

He and his wife, Rosalynn, were in Memphis, Tennessee last week, helping Habitat for Humanity with a new home construction when he announced the news.

The Georgia elder did have to cancel a planned trip to Nepal to help Habitat rebuild homes destroyed by the recent earthquake, but it had nothing to do with his cancer. The organization decided civil unrest in the region might make the project to dangerous for volunteers.

The house in Memphis is going to Arlicia Gilliams, a 25-year-old single mom who’s putting 350 hours of “sweat equity” into helping build her future home. She said she was thrilled getting to work alongside the former president. Country music stars Trisha Yearwood and Garth Brooks also volunteered on the job site with Carter.

Carter says he’s all business on a Habitat project and doesn’t want to be bothered while he’s working. He says if volunteers are talking to him or taking pictures with him, no one’s getting any work done.

He plans to keep up that kind of pace as long as his health will let him.

(WATCH the video below from WREG News) — Photo: Memphis Habitat for Humanity