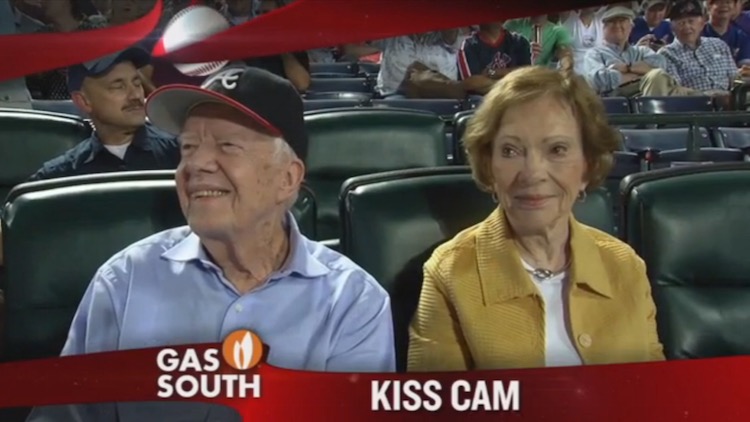 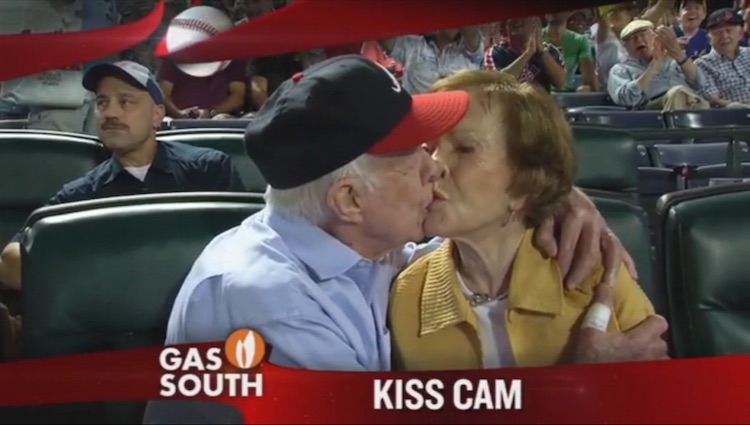 Aww cute — while the “Kiss-Cam” scanned the stands at a televised baseball game, causing anonymous lovebirds to kiss, it suddenly locked on a lovely couple of seniors. Wait… that’s a former president and first lady.

Jimmy Carter and his wife Rosalynn have always been big fans of their hometown team, the Atlanta Braves. During a recent Thursday night game, when they spotted themselves on the big screen, they smooched like teens — and got a big cheer from the crowd.

The former president, who turns 91 on Thursday, has been keeping a busy schedule despite being diagnosed with cancer this summer. He and Rosalynn will join 1,500 volunteers in Nepal in November for the 32nd annual Habitat for Humanity project there–focusing this year on rebuilding earthquake damaged homes.

“Since Rosalynn and I first volunteered with Habitat for Humanity in 1984, we’ve never missed a single year,” Carter said in statement released Tuesday.

He also said he will undergo his third cancer treatment this week.